Celebrities paid tribute to the famed TV presenter and Supermarket Sweep host as they gathered at the service on Tuesday.

Fans were left in mourning following Dale's death died in April and now close friends attended the funeral to remember him on what would have been his 63rd birthday.

Among those attending the ceremony were close friend David Walliams, Gloria Hunniford, Claire Sweeney and Anthea Turner, as well as Piers Morgan.

The order of service revealed boyband Blue sung One Love, while Sweeney performed and emotional cover of Cilla Black's 1965 hit Alfie and Going Back by Dusty Springfield. 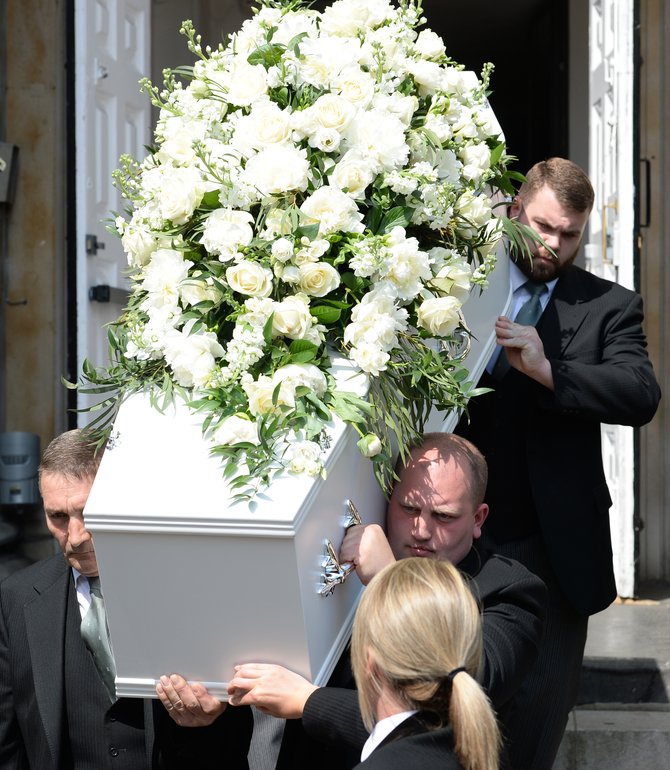 Tributes were given by Winton's godsons Josh, Ben and Louis Linsey and by comedian and impressionist Jon Culshaw.

Walliams, who was a close friend of Winton's reportedly read the lyrics to If You Go, also recorded by Springfield, while Martine McCutcheon read What Should Life Be?

TV presenter Matthew Wright revealed that in the tribute, comedian Culshaw alternated between his own and Winton's voice as he read a poem.

He told Sky news: "I think he would have bloody loved it if I'm honest. The best bit was Jon Culshaw at the end. He read a poem and he did it alternating between himself and Dale Winton and when he hit the Dale words it was like having him there.

"For all the intents and purposes it was his voice in the room ... wonderful."

Speaking after the funeral, Anthea Turner said the service was "beautiful" and that "Dale was there".

She added, of Winton: "He would have been chuffed to have seen us all there.

"It was very emotional, but it was beautifully produced and polished. You wouldn't normally say that but in this instance it's worth saying, and the people who put it together did the most magnificent job. 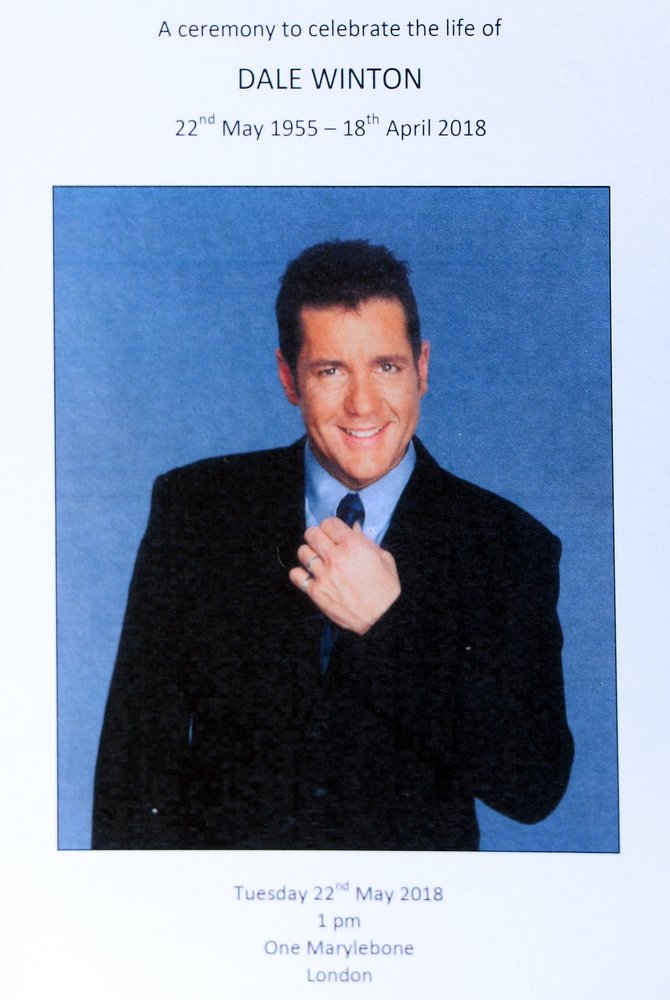 Meanwhile, close pal Gloria Hunniford said she would remember Winton for "that tan, of course".

She added: "A lot of people paid their respects. I think, when you get a shock when somebody dies suddenly and they are so young, the first thing you feel is, oh gosh I never got to say goodbye.

"And that's why today was very special. We all got a chance, in our own ways, to say our own small goodbye to Dale."

The funeral was held at Old Church in London and pallbearers were pictured carried a white coffin covered in flowers into the building.

Winton was found dead at his home on 8 April and his death is being treated as unexplained but not suspicious.

Winton became a household name in the 1990s with his TV game shows Supermarket Sweep and National Lottery In It To Win It.