The two presenters were spotted laughing and joking alongside Piers Morgan at day two of Royal Ascot.

Declan Donnelly, 42 appeared to be having the time of his life at day two of Royal Ascot with his new bff, Jeremy Kyle, 52.

The presenters were pictured alongside a less-than-happy Piers Morgan, 53, who had seemingly not been so lucky on the horses. 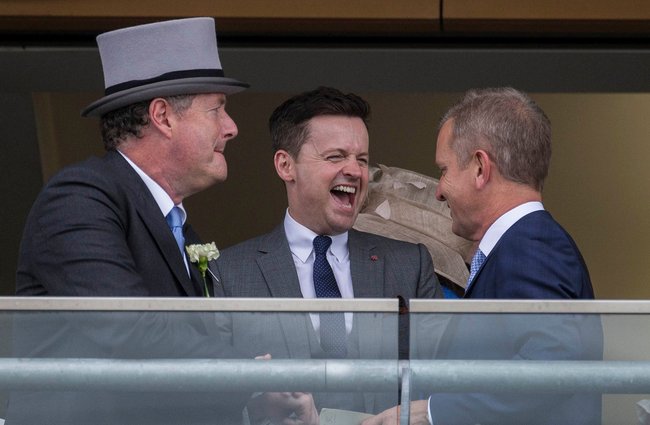 Dec, who is soon to become a father, was pictured arriving at the event with his wife Ali Astall, who will welcome their first child in September.

In March the couple revealed that they were 'delighted' at discovering they were to become parents, after the news was leaked slightly earlier than they had hoped.

At the time, Dec posted to his social media accounts: "'Just wanted to say thank you for all the lovely messages.

"The news has sneaked out a little earlier than we had hoped but Ali and I are delighted to be expecting our first child.

"Thanks for all the love, we really appreciate it." 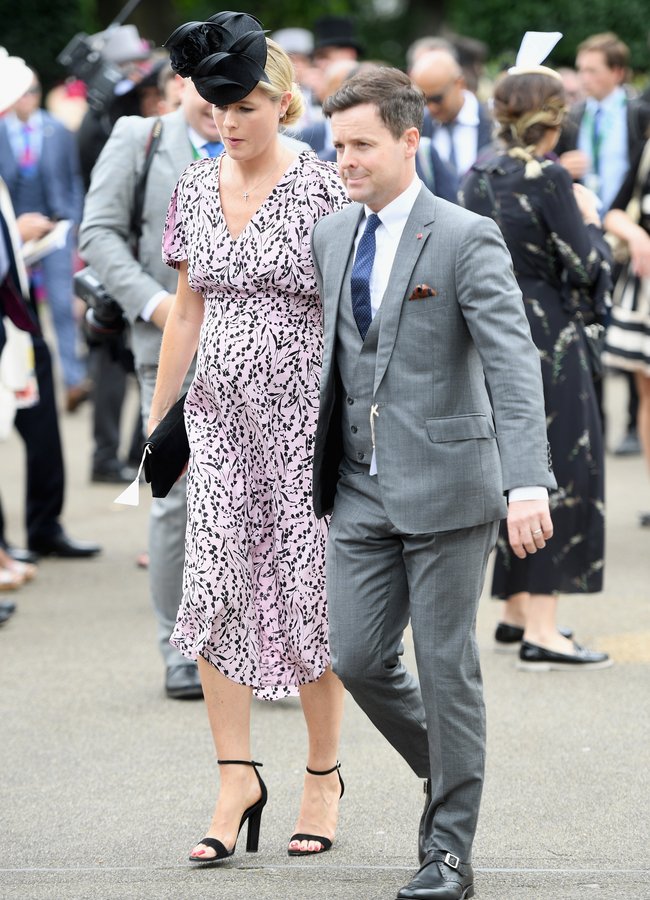 Ant and Ali are rumoured to have 'fallen' out with Ant McPartlin's estranged with Lisa Armstrong, amidst the news that Ant has a 'new girlfriend' in the form of PA and former friend Anne-Marie Corbett.

Read more: Why Lisa Armstrong has 'fallen out' with Dec and wife Ali

This comes as news emerged that Lisa had suspected Ant of finding a new lover after she had spotted a photo of him leaving his house with a packed lunch.

Lisa has posted a series of tweets suggesting that she was not happy at the shock discovery.

Ant has stepped back from all presenting duties as he continues to face his demons that led him to a drink-driving offence in March of this year.