The Royal Television Society Awards took place last night, but Dec was nowhere to be seen.

Despite being nominated in the Entertainment and Entertainment Performance categories for popular TV shows I'm A Celebrity Get Me Out Of Here and Saturday Night Takeaway, Dec decided to remain at home following Ant's recent re-admittance to rehab. 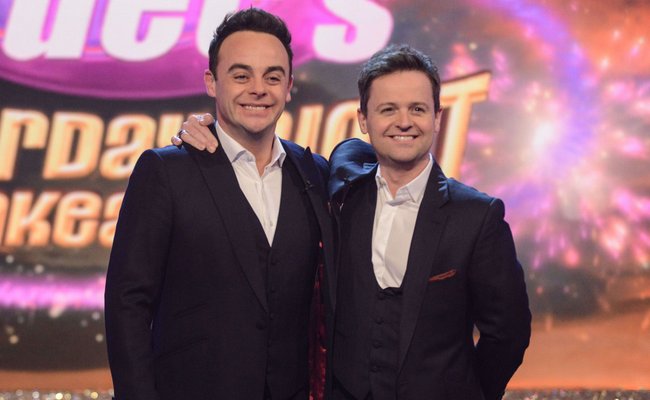 The ceremony, which was held at London Grosvenor House, was well attended by many other stars including Claudia Winkleman, Caroline Flack, and GMB's Piers Morgan and Susannah Reid.

The Geordie duo failed to scoop any awards this year, losing their crown to Love Island in the Entertainment category and being beaten by The Last Leg in Entertainment Performance for a second year running.

A chuffed Caroline Flack, who collected the Love Island award, explained: "Everyone's obsessed with other people's love lives... and so are we", before showing of the award in a happy selfie on her Instagram page.

After being arrested for driving under the influence of alcohol and causing a road collision, Ant McPartlin announced he would be returning to rehab and taking a break from his work duties.

Dec was spotted out for the first time since his friend's arrest, looking forlorn. It comes after the news that Saturday Night Takeaway will not be going ahead this weekend, whilst bosses work hard to find a solution for the remaining two episodes scheduled for the following weeks.

WATCH! Ant And Dec's Changing Faces Over The Years: