The 'Saturday Night Takeaway' host has spoken about his wife Ali's pregnancy for the first time.

Declan Donnelly has thanked fans for their well-wishes after it was revealed he and wife Ali Astall are expecting their first baby.

The 42-year-old presenter told his followers on Instagram the baby news had "leaked earlier" than he'd hoped, however, he is over the moon about the prospect of becoming a father.

Sharing a black and white image from his 2015 wedding to Ali, 40, he wrote: 'Just wanted to say thank you for all the lovely messages.

"The news has sneaked out a little earlier than we had hoped but Ali and I are delighted to be expecting our first child. Thanks for all the love, we really appreciate it."

Just wanted to say thank you for all the lovely messages. The news has sneaked out a little earlier than we had hoped but Ali and I are delighted to be expecting our first child. Thanks for all the love, we really appreciate it D x

According to The Sun, the couple, who married in 2015, kept the exciting news a secret until Ali had gotten the all clear after her 12-week scan.

Dec had previously said that it would be the "next stage of [their] lives" to begin a family. 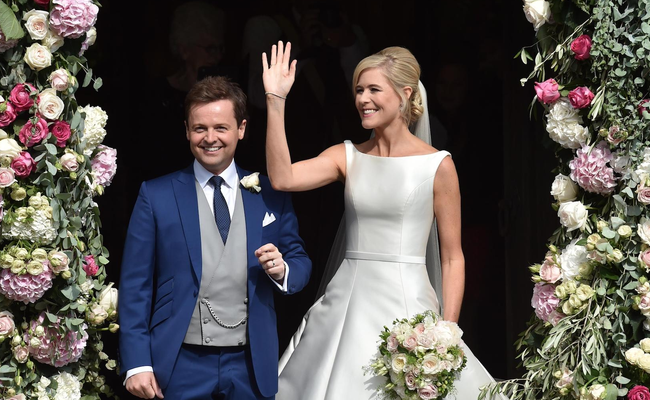 A source close to the couple has said: "Dec and Ali are both absolutely delighted to be expecting, especially as they have been trying for some time. They have both always wanted a family but worried that it might not happen for them."

READ MORE: Who are Ant and Dec? Everything you need to know about the Geordie duo

"They have told a few friends and Dec has told key people at ITV. Ali has also made some colleagues aware as she has been stepping back at work." 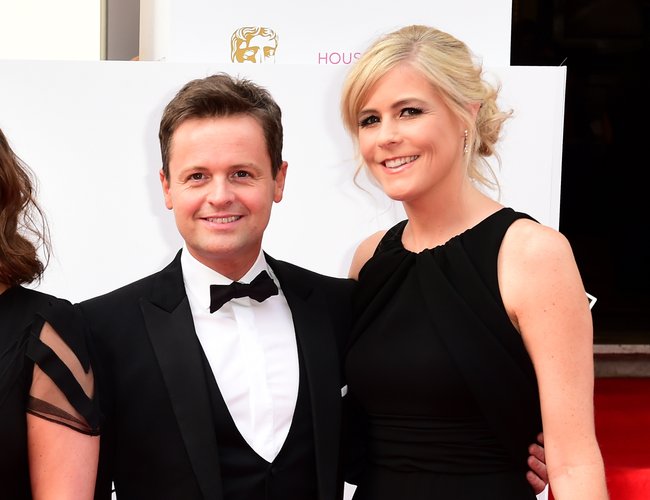 This happy news comes less after ITV insisted they have no plans to drop the duo from 'I'm a Celebrity...Get Me Out of Here!" after Dec's best friend and long-standing work colleague Ant McPartlin was arrested and charged for drink-driving following a three-car crash.

Saturday Night Takeaway was cancelled over the weekend and Dec has confirmed that he will go onto host the remaining two shows on his own.