Weiss had been given an Emmy Award for his efforts on the Academy Awards, however, he took the moment to make a romantic statement about his girlfriend.

Director Glen Weiss was hailed the real winner of the 70th Primetime Emmy Awards after he got down on one knee and proposed to girlfriend Jan Svendsen during his acceptance speech on Sunday night.

Taking to the stage to accept an award, the 57-year-old director said: "Jan, you are the sunshine in my life, and mom was right, don't ever let go of your sunshine. You wonder why I don't like to call you my girlfriend? Because I want to call you my wife."

The star-studded crowd in the Microsoft Theatre in Los Angeles quickly erupted into cheers and applause, while his other-half Swvensden looked on in disbelief before making her way to the stage.

Weiss, who revealed his heartache after his mother died two months ago, then got down on one knee and gave her ring, adding: “I want to put this ring that my mom wore on your finger in front of all these people and in front of my mom and your parents watching from above," he said. "Will you marry me?" 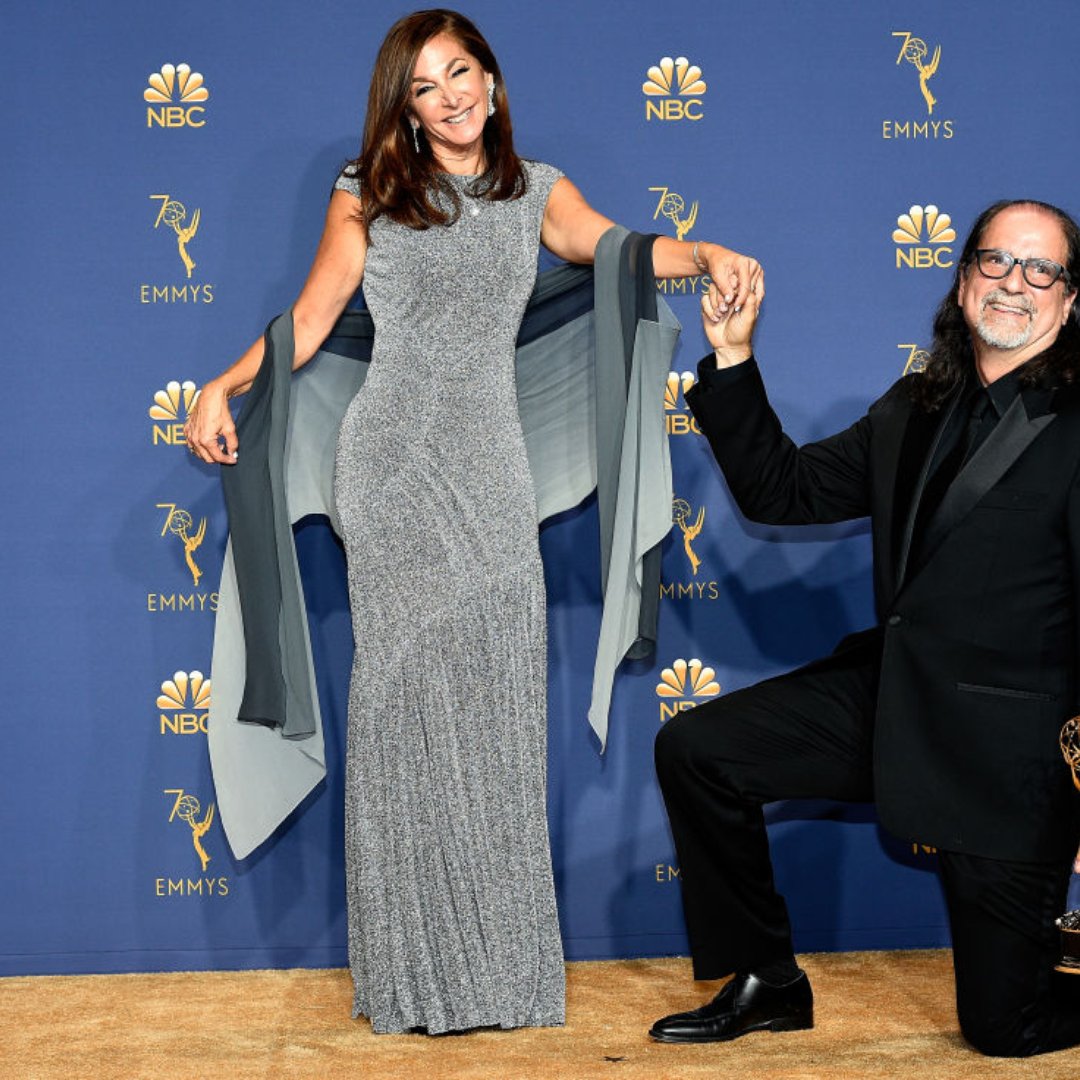 Its safe to say the crowd was left emotional at the romantic moment, with many in the audience left with shocked faces and some even spotted wiping tears from their eyes.

Fans swiftly took to Twitter express their shock and joy, with some finding actress Leslie Jones' reaction the most relatable.

Glenn Weiss really made us have all the feels with this acceptance speech. It was down so low talking about his departed mom and then up so high with a proposal. YOU GO GLENN WEISS. #Emmys

OMG THIS IS ACTUAL FOOTAGE OF HOW WE'RE HANDLING THIS PROPOSAL EMOTIONALLY RN #Emmys pic.twitter.com/RVXUE9rRXj

Elsewhere, The Emmy’s wasn’t void dramatic moments as Thandie Newton dropped the F-bomb live on television after picking up a gong for her role in Westworld.

The 45-year-old actress, who won the Primetime Emmy award for Outstanding Supporting Actress in a Drama Series, left also left jaws dropped when she said the profanity while expressing her shock at winning.

"I don't even believe in God, but I'm going to thank her tonight," she said before adding: "I am so f***ing blessed to work with the people I have gotten to work with."

This award is much-deserved. #Emmys

Other big wins on the night, included British actress Claire Foy who picked up the coveted Best Actress Award for her critically acclaimed role as Queen Elizabeth II in The Crown. While The Marvellous Mrs. Maisel was the biggest show of the night, after scooping up five awards.

Outstanding Writing for a Comedy Series

Outstanding Directing for a Comedy Series

Outstanding Lead Actor in a Comedy

Outstanding Supporting Actress in a Limited Series or Movie

Outstanding Supporting Actor in a Limited Series or Movie

Outstanding Writing for a Limited Series or Movie

Outstanding Directing for a Limited Series or Movie

Outstanding Lead Actress in a Limited Series or Movie

Outstanding Lead Actor in a Limited Series or Movie

Outstanding Writing for a Variety Special

Oustanding Directing for a Variety Special

Outstanding Writing for a Drama Series

Outstanding Directing for a Drama Series