The This Morning star looked delighted to meet the Monarch - and couldn't resist using some of his Irish charm on her.

Eamonn Homes asked the Queen if he could INTERVIEW her when he was awarded his OBE today.

The 58-year-old was officially recognised for forty years of broadcasting in a special ceremony at Buckingham Palace.

He later told Bang Showbiz that he had enjoyed a bit of chit chat with the 92-year-old ruler.

Eamonn said: "It was very classy. She said to me, 'You must meet a lot of interesting people?'

"And I said, 'Yes I do,' and I thought, 'Please don't bring up the man with the three penises at this stage.' 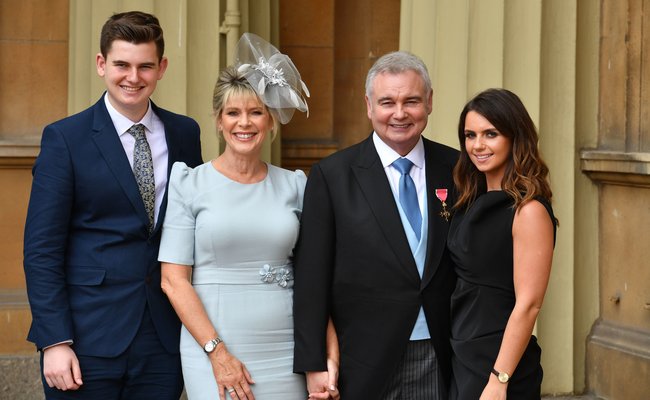 Eamonn Holmes was joined by two of his four children and wife Ruth at the Palace (Image: PA)

"I said, 'In fact, ma'am, I've interviewed almost everyone in your family except you, so you've got to put that straight. I've got to get the interview.' And she went, 'Ha ha ha,' and that was the end of that."

Looking smart in a navy three piece suit, he was accompanied by wife Ruth Langsford, 58, their son Jack, 16 and Rebecca, 27, Eamonn’s daughter from his previous marriage.

Before setting off to the Palace, Ruth tweeted: "Off to the Palace! SO proud of my husband @eamonnholmes who will receive his OBE for services to broadcasting today....nobody deserves it more.” 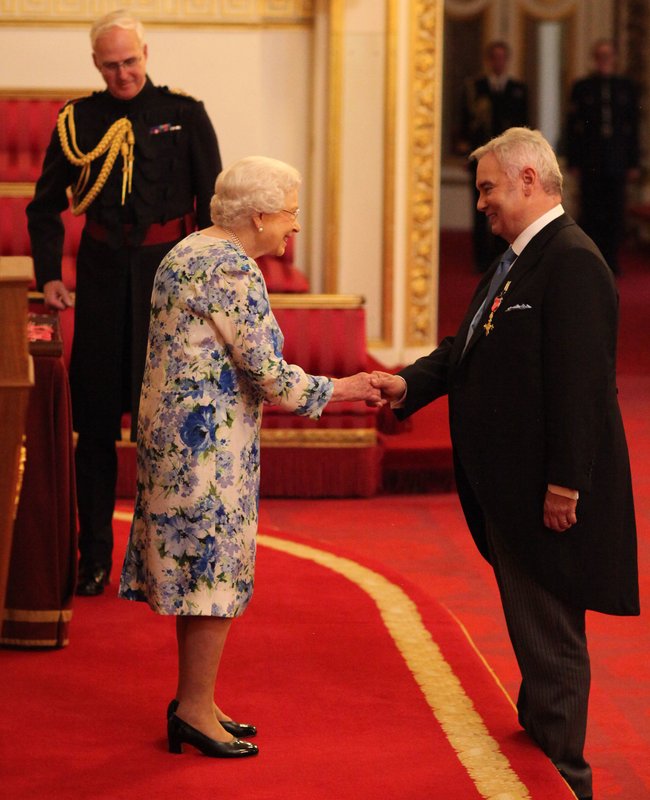 Eamonn asked the Queen for an interview... which she laughed off (Image: PA)

Of course avid watchers of This Morning will know that normally Eamonn and Ruth present on Fridays - but they made sure to call in to the studio to fill in stand in hosts Rylan Clarke and Alison Hammond with all the goss.

Eamonn joked: "The first thing she said was: 'Where's Ruth?’

"The second thing she said was: 'I'm only doing this investiture today because you two aren't on.’

"She said, 'I switched on and I don't know who those other two are!’"

Father's Day gift ideas for men who have everything: Drills, games consoles, clothes and a Korean BBQ