Once you notice it, it can't be unseen!

It's a tough time in Walford for the Brannings, after heartbroken Max had to come to terms with the fact that his daughter Abi is not going to wake up from her "brain stem dead" state in last night's episode.

His youngest daughter fell from the roof of The Vic alongside sister Lauren on Christmas Day after trying to coax Max down from the edge, but she has remained in a coma ever since. 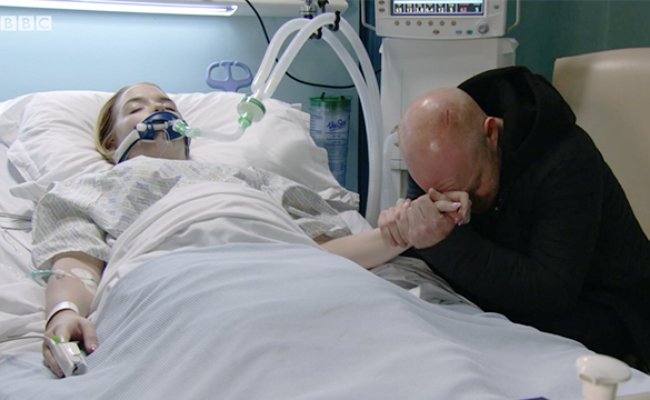 Abi was pregnant at the time of the fall, and doctors miraculously managed to safely deliver her baby girl two months early.

Last night's episode saw a grief-stricken Max smashing up a cot that he'd built for his granddaughter in a fit of rage and despair, but after some support from Dot, he managed to gather himself together to pay a visit to both Abi and her baby in the hospital.

READ MORE: Shane Richie Has Revealed Whether Alfie Will Return To EastEnders With Kat

But fans of the soap were quick to point out something rather bizarre about the newborn, who is still being monitored in an incubator. 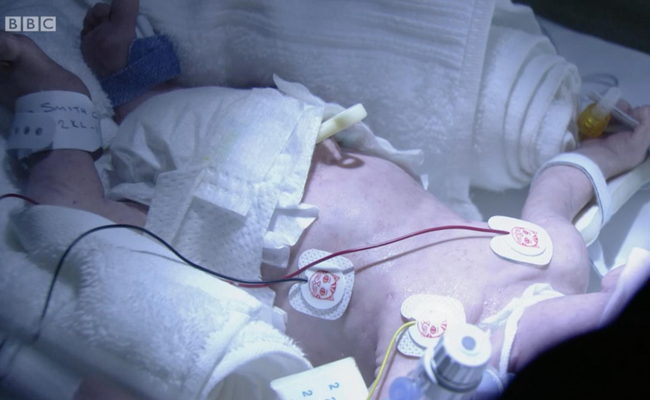 The tag around her tiny left ankle clearly displays the surname "Smith"!

With Abi being a Branning, and the deceased father Steven being a Beale, this surname links to absolutely nobody in the square. Confused viewers took to Twitter after spotting the blunder:

Why has the baby’s ankle bracelet got the name smith on it?? #EastEnders

Why did the branning baby have Smith on it's Id band....Confused me #Eastenders #bbc

However, the glaring mistake didn't seem to draw away from Jake Wood's heart-wrenching performance as Max, and Twitter went into meltdown at his portrayal of the troubled character:

Another stunning performance from @mrjakedwood in #EastEnders this evening. What legend that man is.

According to the Walford General doctors, Abi's life support machine is being turned off tonight. Tissues at the ready!

EastEnders continues at 8pm on BBC1.

WATCH! Tiffany Returns To The Square: