Last night's EastEnders had a dramatic doof-doof end as Mick was seen being bundled back into the back of a van.

But fans were left slightly bemused by his wife Linda's reaction, as she watched the saga from her living room window.

Pub landlords Mick and Linda were set to have a lovely meal by candlelight, but, nothing romantic seems to go without a glitch in Walford, and sure enough Linda was left waiting impatiently as her husband popped out midway to check on a car alarm.

The frustrated landlady flounced through her kitchen and into the lounge to peer out of the window in search for Mick, and she didn't have far to look - he was trapped in a struggle between three hooded figures who were trying to throw him into the back of their van.

READ MORE: EastEnders Fans Can't Get Over The Price Of Fish And Chips In Walford

However, instead of screaming, or shouting, or banging on the window, or calling the police, what did Linda do? NOTHING. 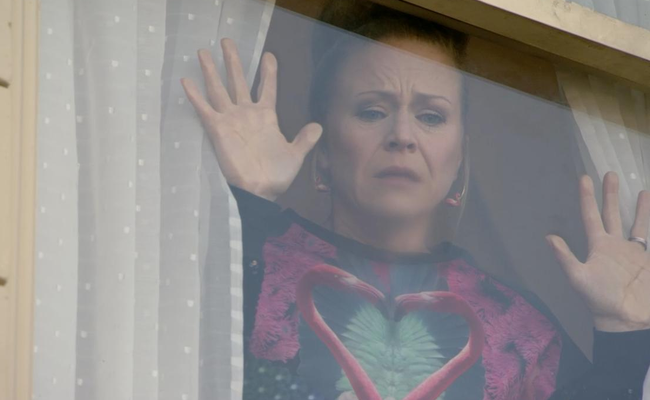 She just stared out the window as she watched her beloved Mick disappear under a hessian bag.

And her lack of reaction didn't go unnoticed with fans of the show:

It wasn't long ago that Linda deafened the whole of Walford with her screams as Mick was shot by new character Halfway. But it seems since then she's learnt to keep her feelings and emotions more internal...