Baby Spice spilled the beans on what exciting plans lie ahead for the Spice Girls.

Since their infamous meeting at Geri Horner's house earlier in the year, Spice Girl rumours have been rife and have covered everything from the possibility of a new film, new album and even world tour.

Now our very own Heart presenter Emma Bunton has confirmed things are in the pipeline for the band as she took to the This Morning sofa to reveal some exciting news to Holly Willoughby and Phillip Schofield.

Addressing the topic of a Spice Girls reunion, Emma who is famously known as Baby Spice said: “There is definitely something in the pipelines. Holly knows all of this as we go out for drinks. We want it to be the right thing. A tour, I’m not sure but a few shows would be great.”

She also denied the rumours that the super group would be taking to the Pyramid Stage at Glastonbury Festival next year.

She said: “It’s something we are talking about!” 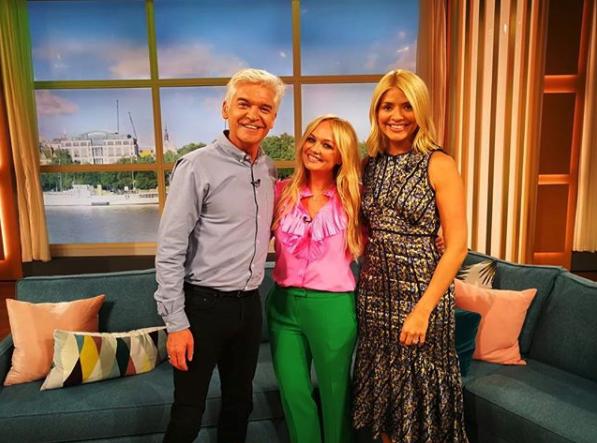 Emma poses with Holly and Phil on the This Morning set | Picture: Instagram @EmmaLeeBunton

She went on to say: “The opportunities we get given, it’s amazing. There is so much excitement, it’s just about making sure it’s the right thing.”

She also revealed that outside exciting Spice Girls plans she has been in the studio recently working on some exciting solo ventures.

She said: “I am back in the studio. I’m saying this for the first time. I am in the studio having fun with music, on my own.”

Catch Emma every Sunday at 7pm on Heart as part of Heart's Feel Good Weekend.