ITV pledged their allegiance to the Geordie presenting duo following reports which claimed bosses were planning on replacing them.

Fans of Ant and Dec, both 42, can rest easy knowing the duo will always have a home on ITV, as representatives for the network have hit back at reports they had been planning to drop the pair from screens following Ant McPartlin was arrested and charged for drink-driving.

The channel, which has locked the pair into present a number of shows over the last 20 years, pledged their allegiance to the telly favourites after reports which claimed bosses were planning on replacing them in favour of new presenters when 'I'm A Celebrity...Get Me Out of Here!' returns later this year.

A spokesperson quickly shot down rumours, telling MailOnline: "It is utter nonsense to suggest that Ant and Dec are set to be replaced on I’m A Celebrity."

The statement was swiftly followed by denials from Ant and Dec's camp too. 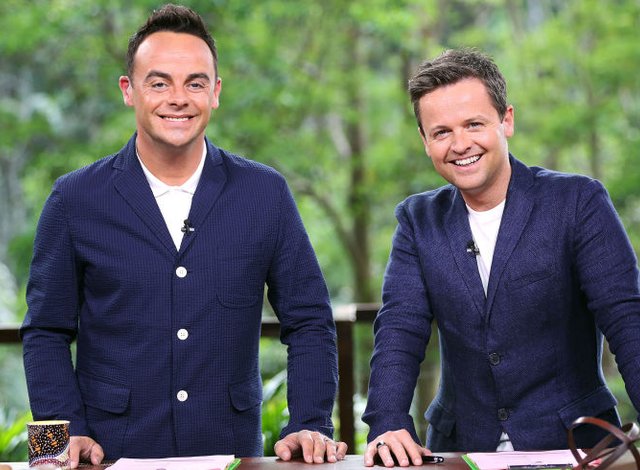 The news comes amid fears that the next series of 'I'm a Celeb...' would be scrapped after it was confirmed Ant would be heading back to rehab    following the three-car crash which saw him arrested and charged of drink-driving, and Dec left to present the remainder of Saturday Night Takeaway alone.

Reports by Daily Star over the weekend had claimed crew members were 'in tears' over the uncertainty of the show's future but that bosses had reassured them the series would go ahead 'no matter what'.

A source told the newspaper: "There's a very real possibility that Ant won't be available to present the next series of the jungle.

"While Ant and Dec are a big part of the show, they aren't bigger than the show. They are confident it would still work without them.

"If their return is going to be a problem, producers aren't afraid to axe them from the format and get new presenters in."

Despite the reports being slammed by spokesmen, the prospect of having 'I'm A Celeb' going ahead without Ant and Dec didn't go down well with fans as the pair have presented the show since it first aired in 2002.

Thing is if ITV are really that dumb to axe Ant and Dec from I’m A Celeb then they’re ratings will plumet and you can say farewell to the show as it’ll be dropped because they make the show. The people that go on it I’m lucky if I know 1 celeb on it.

Ant and Dec axed from I’m a Celeb? They’d be as well just cancelling it now