Widower Jeff admits that Jade's tragic death could have been "avoidable" and urges women not to avoid the signs.

It has been 9 years since Jeff Brazier’s ex, Jade Goody sadly passed away from cervical cancer.

Now Jeff has been throwing his weight behind a new campaign which urges women to overcome their FOFO - Fear Of Finding Out and get themselves checked regularly for symptoms to prevent fatalities.

In a brand new interview with The Sun, Jeff admits that Jade's tragic death could have been "avoidable" and urges women not to avoid the signs. 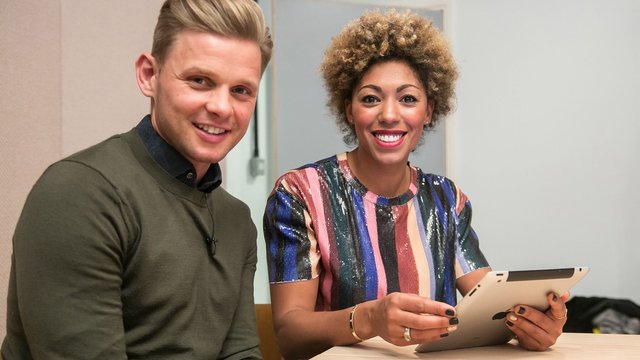 He told the Sun Online: “Jade had warnings, she had letters from the doctors and in her mind she hoped that if she just ignored it, it would go away.

“We know how that ended up and I know as the father of the two children who were left behind that the last thing you want to do is bring two children into the world and then tell them they are going to have the rest of their childhood, from the age of four and five, without the most important person in their lives."

“It might be difficult to go and have that smear or that prostate examination or whatever it is, but I tell you what is worse – having to tell your family that you’re not going to be here anymore.”

According to new research, as many as one in three young women were avoiding smear tests.

Jeff, who has teamed up with pharmaceutical company AbbVie and The Patients Association, hope their brand new quiz called Crush Your FOFO will help encourage young women to get checked.

The heartbreaking interview comes after Jeff took to Twitter to support the recent #SmearForSmear campaign, which saw women on social media smearing their lipstick to raise awareness around getting cervical cancer testing.

The father of Jade’s two children tweeted: “Fear of finding out doesn't just occasionally lead to irreversible consequences, it can also leave the ones you love totally heartbroken in your absence.

His tweet came after reality star, Scarlett Moffatt  encouraged women to go and get a smear test, on her Twitter page.

Fear of finding out doesn’t just occasionally lead to irreversible consequences, it can also leave the ones you love totally heartbroken in your absence. If people won’t do it for their own health, do it for those that love you.

She told her fans: "1 in 4 women do not go for their smear test. Please, ladies, it's 30 seconds of slight discomfort and it can save your life!!! 30 seconds every 3 years!!

She also commented on Jeff’s post with four heart emojis.

Meanwhile, Jeff who will be getting married to TV presenter, Kate Dwyer in October, has said that his two boys will be his best men.

He told The Mirror: "They are so excited and have already been working on their speeches.

"It's going to be the most emotional moment I've ever experienced. It will be a recognition of everything we've been through and how strong we are now."