Celebrity Big Brother housemate Jermaine Pennant has been causing a stir with his flirting but who has he been linked to in the past?

Footballer Jermaine Pennant has been causing quite the stir with his flirtatious ways in the Celebrity Big Brother house despite being married.

He is currently married to glamour model Alice Goodwin but hasn't been wearing his wedding ring during his time in the house and ended up kissing model Chloe Ayling before she was the second housemate to be evicted.

Read more: Who is Jermaine Pennant?

Who is Jermaine Pennant married to?

He started seeing glamour model Alice Goodwin in 2011. The pair then got married in 2014 and despite Jermaine not wearing his ring on many occasions in the Celebrity Big Brother house, the pair are still believed to be very much together.

She's yet to speak out about her husbands behaviour. 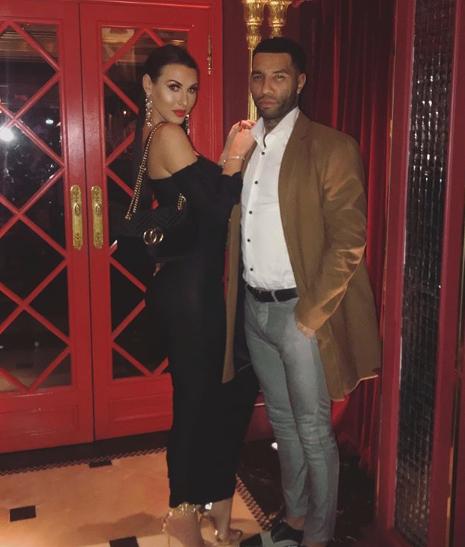 Who was Jermaine Pennant engaged to?

Before he broke things off for Alice Goodwin in 2011, Jermaine was engaged to model Lara Murphy.

The pair became engaged in 2010 and that same year they welcomed a son together called Trey, however Jermaine broke things off when he was one year old.

Has Jermaine Pennant dated any celebs?

Jermaine was once in an on and off relationship with Hollyoaks star Jennifer Metcalfe.

The pair began dating the actress who plays Mercedes McQueen in the soap in 2007 but they split in early 2008. They reconciled the following year but broke things off once more when Jermaine relocated to Spain for work.