Judge Rinder Set For Heartbreak After This Devastating News Emerged

It's a tough time for the celebrity barrister.

TV personality and barrister Judge Rinder has split from his husband Seth Cummings after four years of marriage.

The two had been a couple for 11 years, before tying the knot in a civil ceremony in Ibiza back in 2013, where Rinder's best pal Benedict Cumberbatch officiated the ceremony. 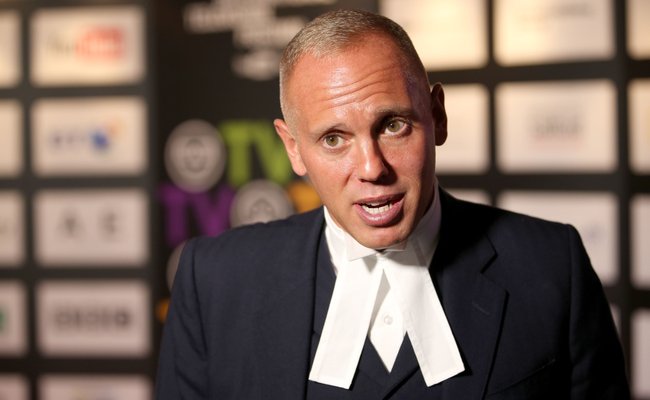 Judge Rinder, whose real name is Robert Rinder, is said to be understandably upset. A source has revealed to The Sun: "He’s very upset about the situation, but the split is amicable and no one else is involved."

The source also added that Judge Rinder will keeping details private, and has said: "Rob has never spoken about his relationship and nothing will change on that front. He very much wants to focus on his work."

Robert Rinder rose to fame in 2014 with his self-titled reality programme "Judge Rinder", which sees him work a variety of civil cases focusing on life disputes. He also chose to take part in 2016's series of Strictly Come Dancing, where he placed 5th with his dance partner Oksana Platero.

He became firm friends with Benedict Cumberbatch when they were both students at Manchester University. Despite Cumberbatch studying drama and Rinder focusing on history and politics, the two both shared a mutual love of theatre.

Benedict Cumberbatch chose Rinder as one of his three best men at his wedding to Sophie Hunter two years ago.