The pair were seen out on Birmingham ahead of Louise's comeback gigs.

Louise Redknapp was famously struck with the Strictly Come Dancing curse after her stint on the show back in 2016 resulted in the end of her marriage to footballer Jamie Redknapp.

Her professional dance partner, Kevin Clifton, has also fallen victim during the most recent series as his marriage to fellow pro dancer Karen Clifton is seemingly on the rocks.

The pair reportedly spent Christmas apart after it was revealed that Karen was out and about with a new beau at the end of 2017 and things appeared to be icy on the Strictly set. 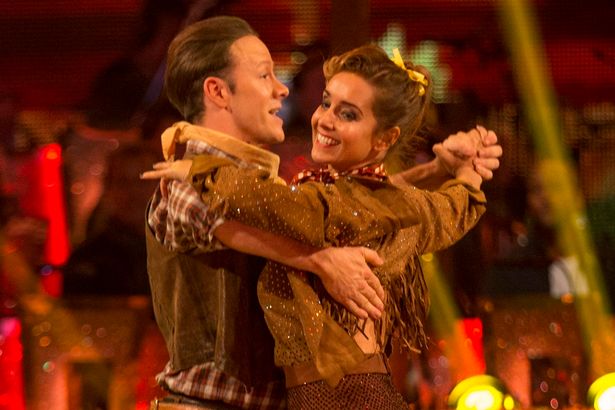 Kevin and Louise on Strictly in 2016 | Picture: BBC

Read More: Here's Why There Is Still Hope For Kevin And Karen Clifton’s Marriage

Now, Kevin and his ex-celebrity dance partner Louise have been spotted out and about in Birmingham ahead of her series of comeback shows.

The pair had a fantastic working relationship on the show so it's no surprise that Louise wants Kevin by her side to support her as she begins her pop comeback.

A source told The Sun: "Kevin was smiling throughout Louise's performance and after the show all of her family and friends stayed to celebrate.

"He was clearly so proud of her and didn't mind telling people so."