The Kardashians have shared a video montage of intimate moments documenting the pregnancy of Kylie Jenner.

And fans went into meltdown at the first glimpse of Kim and Kanye's surrogate baby girl Chicago.

The heart-warming footage comes from the announcement that Kylie Jenner, Kim's half-sister, has given birth to a baby girl. The TV star kept her pregnancy well under wraps, and did not confirm nor deny the rumours until she gave birth on Sunday.

To mark the momentous occasion, Kylie uploaded an 11 minute video of special moments during her pregnancy, and it is during this that fans hear Kim reveal that her third baby is to be called Chicago. 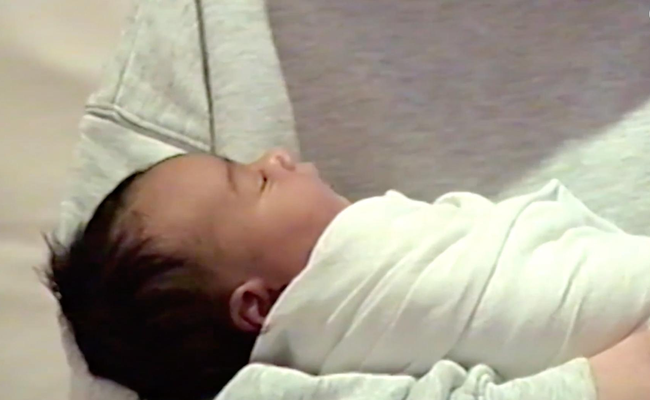 Half sister Kim announced the birth of Chicago via social media earlier this year in a post dedicated to the surrogate mother.

She wrote on her website: "Kanye and I are happy to announce the arrival of our healthy, beautiful baby girl. We are incredibly grateful to our surrogate who made our dreams come true with the greatest gift one could give and to our wonderful doctors and nurses for their special care. North and Saint are especially thrilled to welcome their baby sister."

Kim revealed that she had a condition called Placenta Accreta, and after a few operations she was told that it was very unlikely she would be able to have any more children.

At 20 years old, Kylie is the youngest member of the Kardashian clan, and has reportedly been with her boyfriend Travis Scott since early last year. They have not revealed a name for the new tot yet.

The Kardashians are surely going to have their hands full with two newborns to look after, but we're sure they're going to love every second!