EastEnders star Martin Kemp shared a shocking picture of his dramatic weight loss from the upcoming series of Celebrity Island with Bear Grylls.

The star, 56, shared a picture on Instagram, in which he cut a malnourished figure after dropping two stone whilst being marooned on a desolate island for a month.

Martin who joined the likes of TOWIE's Pete Wicks and shamed CBB housemate Roxanne Pallett, admitted that his weight loss was a shock to the system - and it even left his wife in tears.

He told The Mirror: “When I looked at myself in the mirror for the first time I thought, ‘Oh, my God. I’ve turned into Uncle Albert from Only Fools and Horses!’

"Shirlie just cried. I think it was a bit of a shock and also we hadn’t seen or spoken to each other in a month.

However, the actor revealed that his time on the tough reality programme ultimately made him 'physically and psychologically stronger'.

He explained: “Everything is stripped away from you, including food and water and everything.

“It worked for me, not just physically but psychologically as well. I love everyone 10 times more than before I left.”

Martin also eluded to his time on the Island as a "rehab for your appreciation of everything that you have".

"It was the loveliest feeling I think I’ve had for a long time," he revealed.

“It was a reboot I needed in my life.”

His fond words come despite a serious medical scare after he suffered a four-inch open wound to his shin bone, which almost saw him leave the island for urgent treatment. 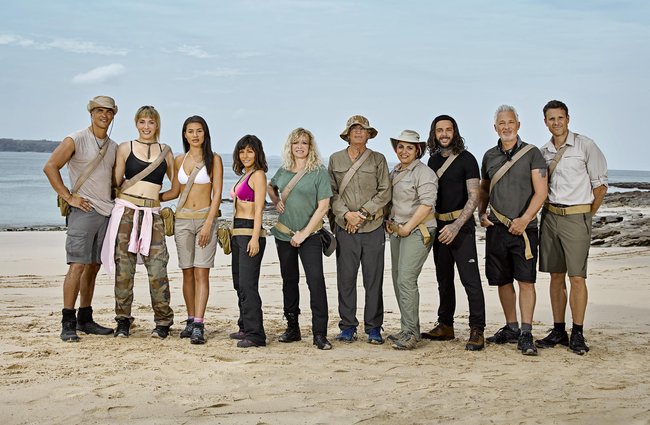 The third series of Celebrity Island with Bear Grylls starts Sunday at 9pm.