...and he even revealed he's a big Love Island fan

It was a wet return for singer Michael Buble on Friday night...and we're not talking about the rain either.

The award-winning singer made an emotional return to the stage at the British Summertime Festival in Hyde Park, performing for the first time since his son Noah's cancer diagnosis.

Crooning through his hits including Cry Me River - suitably chosen for the wet weather - Buble wowed the crowd with his signature wit, comedy and of course that voice. 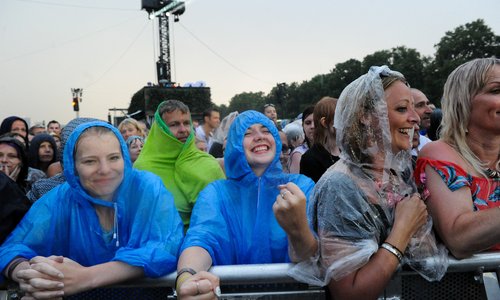 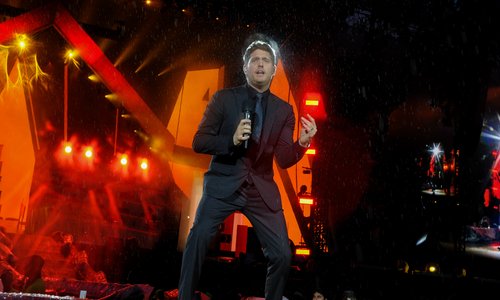 But the singer struggled to hold back tears as he made his first stage appearance since his 4-year-old son's stomach cancer diagnosis.

Buble took a 2-year hiatus after his son Noah - who has now been given the all clear - was discovered to have the disease. 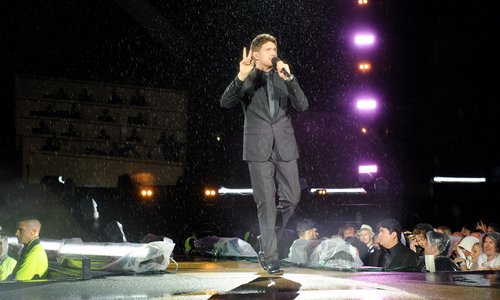 "It has been two years since I've been on stage. Like any human, of course I worried that whatever I had at one point was gone. But after two songs, I'm better than I was before."

Holding back tears he added, "I don't know if it's the rain or Frank Sinatra is crying right now."

As if that wasn't emotional enough, the 42-year-old vocalist also spoke about his son calling him a 'superhero' and also singing one his favourite songs from the film The Greatest Showman. Just adorable.

Two years in the UK and you Brits are wearing off on me I quite happily stood in a downpour for hours, drankdanced and sung my heart out @BSTHydePark @michaelbuble What a joyful night! You thought we might not stay. We did and you were amazing. My kind of #LoveIsIand pic.twitter.com/IFzUc0zWCh

Both Michael and his wife actress Luisana Lopilato took a long break from their careers back in 2016 to nurse Noah back to health after his diagnosis.

And while he's not taking over national stages, Buble revealed his secret guilty pleasure...he's only gone and revealed he's a fan of Love Island.

Even Michael Bublé is talking about #LoveIsland pic.twitter.com/GIDpHibCY0