Nick Knowles Confirms His Unlikely Romance With This TOWIE Star

TV presenter Nick Knowles has confirmed that he is dating former The Only Way Is Essex reality star, Pascal Craymer.

The pair were snapped last week when they were spotted sipping wine over a tapas meal in London, and we've been wondering ever since whether there is a romantic link between the pair.

The DIY SOS host, 54, and the 30-year-old reality TV star followed their meal with romantic stroll upmarket Gabeto in Camden. 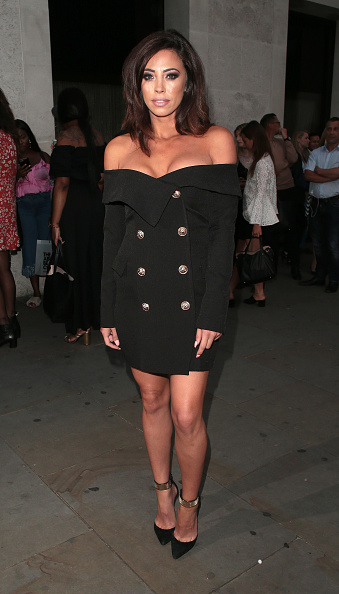 And now a representative for Pascal has confirmed to The Sun that they are indeed an item.

"It's very early days. They had a wonderful night. Let's see what happens."

A source also told The Sun: "Things between Nick and Pascal are going really well. There’s no pressure, they’re taking things slow and seeing how things go, but there’s definitely another evening out in the pipeline."

Nick was apparently introduced to Pascal, a model and former Miss England finalist, via mutual friends.

Nick split with his wife of three years Jessica Moor in 2015.

How is the winner of The Circle decided?

Line of Duty unanswered questions: The loose ends we still need tying up after the season 6 finale