Oscars Are Taking Drastic Measures To Avoid Another Envelope Blunder!

We all remember when the wrong film was read out for the Best Picture award last year...

What's the worst possible thing that could happen at an awards show?

It can only be the wrong film being sealed inside that gold envelope and at last years Oscars that nightmare became a reality.

During the award announcement for Best Picture, the biggest accolade of the night, the presenters were given an envelope which mistakenly said the winner was La La Land when it was in fact Moonlight.

The error was embarrassingly rectified on stage but the cringeworthy moment has no doubt stuck in the minds of Oscar's organisers since the gaffe.

So this year they have taken extra precautions to ensure it doesn't happen again.

Tim Ryan from PwC, the company that regulates the Oscar award announcements revealed to the Associated Press the new roles for this years Academy Awards... 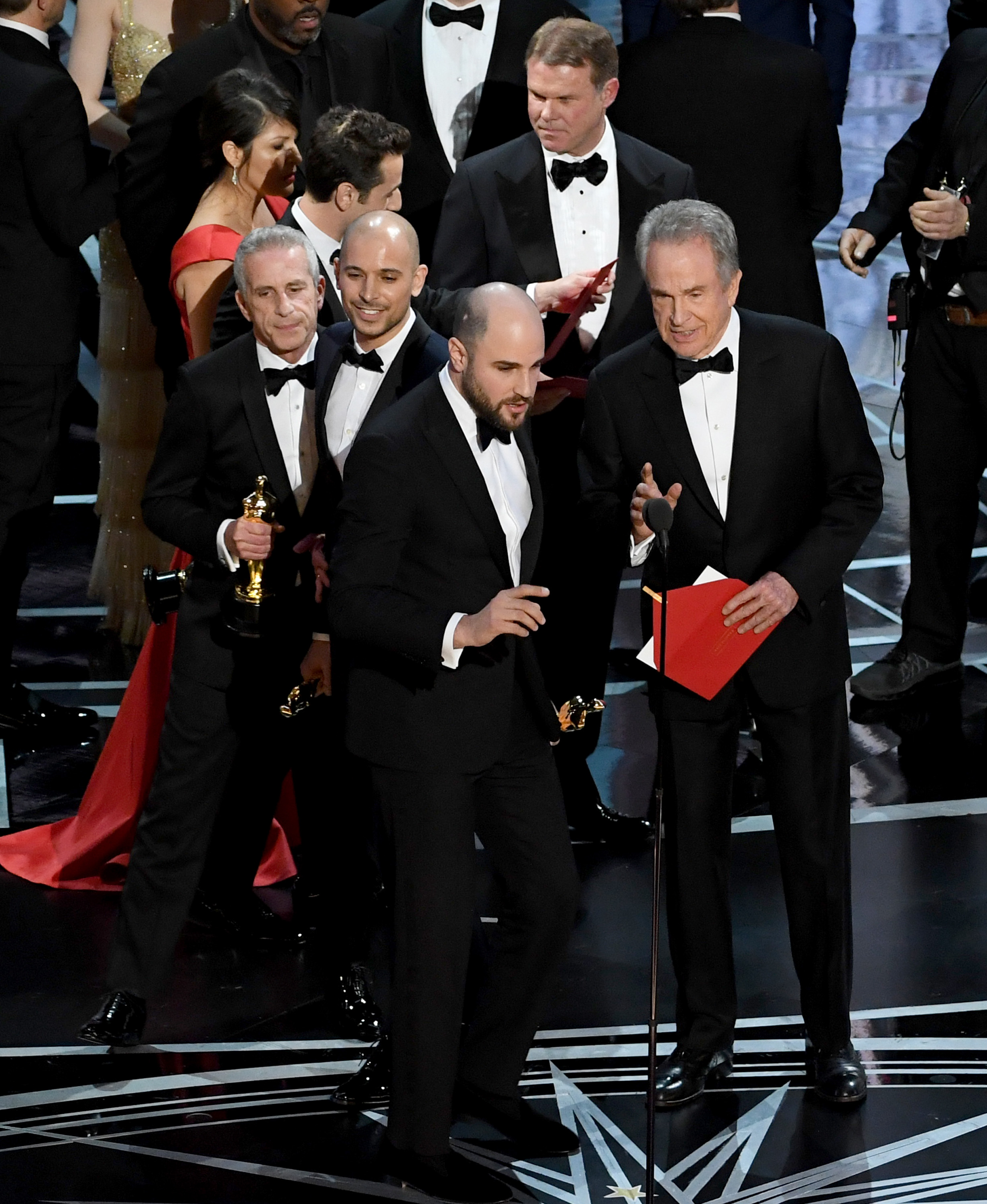 It sounds like they've got it covered! Lets hope things run smoothly this year.