The pair are currently co-starring n 'The Greatest Dancer' together

Professional dancer Oti Mabuse has declared that she would 'love' to see Cheryl on Strictly Come Dancing and promised that fans would see a 'different side to her.'

Both stars are currently serving as captains on the show The Greatest Dancer, rubbishing numerous talks that the pair have been fueding.

And Oti definitely put those rumours to bed by saying that she thinks the former Girls Aloud singer would be great on the ballroom show.

"I think if she did ‘Strictly’, people would love her and see another side that they haven’t seen yet," she told The Sun. “She would be brilliant.” 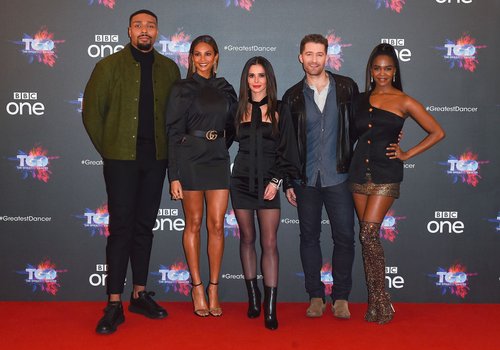 Explaining what it's like working with Cheryl, she added: "I feel like once she lets you in, she kind of takes care of you like a sister.”

Earlier this week both Oti and Cheryl publicly slammed talks that they don't get along behind closed doors.

Writing on Instagram, the 28-year-old professional dancer stated that there is 'absolutely no tension' between herself and the Fight For This Love singer.

She added: “Imagine a world where two women work together with love, support and nothing but sisterhood.”

Cheryl also clapped back at the claims with a spokesperson for the mother-of-one saying ”absolutely loves working with Oti and has a brilliant relationship with her.”

The pair both sit on the judging panel of The Greatest Dancer alongside former Glee star Matthew Morrison.

But despite enjoying her time on the show, Oti promises that Strictly is still her home.

She said: “I always say, ‘Never bite the hand that feeds you.

The new show which starts next year, will also be hosted by Diversity's Jordan Banjo and Britain's Got Talent's Alesha Dixon.

The Greatest Dancer kicks off on Saturday 5th January at 8pm on BBC1.