The parents from Outnumbered have fallen in love in real life

Hugh Dennis and Claire Skinner have confirmed they are in a relationship after splitting from their partners.

The parents from Outnumbered are now a couple in real life - and fans are delighted.

When news broke that the stars of the semi-improvised BBC comedy have found love away from the cameras, fans went wild, with one saying it "may be the best news I hear all year".

Dennis and Skinner, who play Pete and Sue Brockman in the show, both split from their former partners in 2015.

Confirming the relationship to the Mail on Sunday outside his London home, Dennis said: "I am very, very happy, we are so very happy. 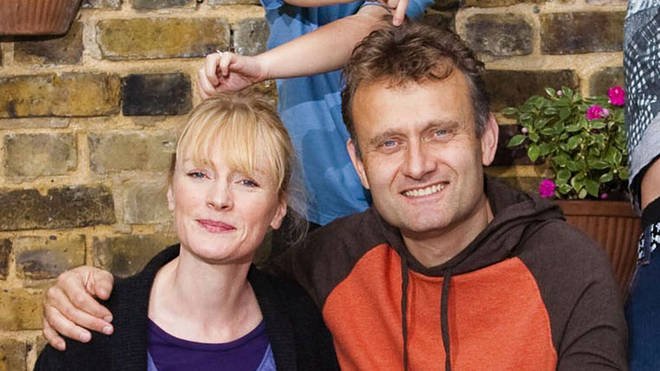 The actors, who are understood to have been dating since last year, chose only to tell their families and a few close friends and colleagues.

An unnamed friend who previously spoke to The Sun described it as "the most wonderful love story".

Dennis, 56, separated from his second wife, Kate Abbot-Anderson, after 19 years together. The couple have children Freddie, 21, and Meg, 19.

Skinner, 52, split from her former husband, TV director Charles Palmer, after 16 years of marriage. They have two teenage sons, William, 19, and Henry, 16.

Outnumbered, which portrays a middle-class family of five living in west London, ran for more than five series and at its peak attracted 9.4 million viewers.

The award-winning show received particular acclaim for its non-scripted approach with its three child actors, who grew up on screen during the comedy's seven-year run.

It last appeared with a one-off Christmas special in 2016.

Hugh, a regular on Mock The Week, also stars alongside Lee Mack in Not Going Out, and will next appear in family Christmas film Nativity Rocks!

Claire will next appear in ITV's TV adaptation of William Thackeray's Vanity Fair this autumn.