The pair's rocky relationship has been well documented over the years following their divorce in 2010.

Katie Price and Peter Andre reportedly settled their differences with a kiss at the National Television Awards on Tuesday night.

The pair have had a rocky relationship ever since they divorced back in 2009 following four years of marriage but now it seems like the two have decided to bury the hatchet. 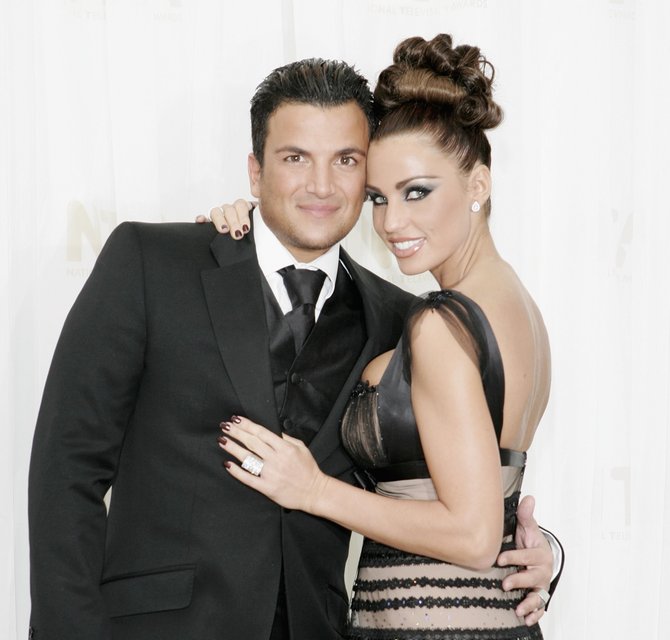 The former lovers, who are parents to Junior and Princess, reportedly had a run-in backstage at the National Television Awards and while the encounter left onlookers biting their nails the reunion between the pair went suprisingly smoothly.

An insider told The Sun Online: “Katie was in the box when Pete walked in. Everyone froze and thought it would be dead awkward.

They smiled, hugged one another, pecked on the cheek and went their separate ways.

“Although there's a lot of history between them, Pete knows Katie is going through a rough time with her mum who he knows well.”

Their turbulent relationship has been well documented over the years with a number of public spats but it seems as though they are working on a better co-prenting relationship for the sake of their children.

Since splitting, Pete remarried to wife Emily McDonagh with whom he has two children, Amelia and Theodore, while Katie has two children Bunny and Jett with third husband Kieran Hayler and Harvey from a previous relationship.