It's never easy to see another man raising your kids, but Peter has nothing but praise about his ex-wife's third husband.

Peter, dad to Junior, 12 and Princess, 10, has nothing but "respect" for the ex-stripper, who also has two children with Katie Price, 40.

Speaking to OK! Magazine, Pete, 45, said that he appreciates all that Kieran has done for his eldest two, and that they get on well.

He said:"I think it’s really important for children to see unity with parents. "I think that’s how it should be and he’s always been great with the kids, which is what you want when you’re not looking after them 24/7.

"I appreciate everything he’s done and obviously it’s good that we get on well. 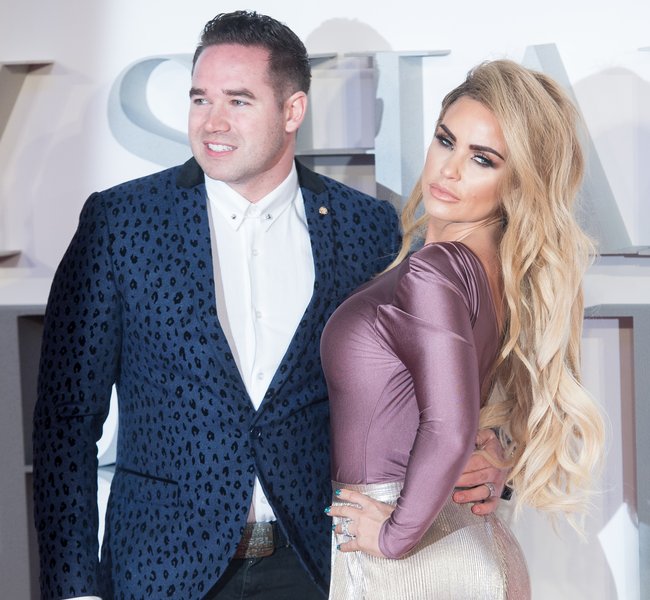 Kieran and Katie Price's marriage looks properly over after she was seen out with another man (Image: Getty)

"He was always very respectful to me and would always run things past me with regards to the children, which I’m thankful for."

It looks like it will be all change in the Price household again after Katie was seen on a romantic break with her new tomboy Kris Boyson.

The ex-glamour model has moved on after years of Kieran's infedelities, including romping with her best friend, the home help and admitting he would even take an 80-year-old woman to bed due to a chronic sex addiction.

Katie has admitted that they have been to therapy, and even bought a Jeremy Kyle-style lie detector test for spot checks at home.

But it seems that their marriage truly is over, and Kieran was seen packing his bags and leaving the sprawling Sussex farmhouse they shared with their two kids Jett, 4, and Bunny, 3 and Katie's three from previous relationships.

To help with the upheaval, Pete took Princess and Junior on holiday to Cyprus with stepmum Emily MacDonagh, 28, and half-siblings Amelia and Theo.

The Mirror reported that Kieran and Pete have been in regular contact over the past few weeks as his marriage to Katie crumbled.

A source told the paper: "Peter and Kieran have been in contact quite a bit and Kieran has confided in Peter about what’s been going on.

"He realises Peter’s been through it all before and feels he can talk to him. Kieran’s main priority is the children, and he’s asked Katie if he can stay living in the house even when they divorce.

"A lot of the breakdown of her marriage will be played out in her new reality show."