The Royal is not in Bradley's good books!

Contestant Karen revealed that she had a connection to the Royals, and Bradders decided to probe her further:

Karen's company developed the silicone mould that was used for Kate & Will's wedding cake, to which a shocked Bradley exclaimed: "You've got to get a royal appointment, surely?"

When Karen replied that she didn't know, Bradley took matters into his own hands and pointedly spoke into the camera, jokingly addressing Prince William.

Ever the joker, Bradley said: "I'll tell them don't worry about that - they'll be watching now! Will listen up."

After a comical pause, he continued: "He's not there?" And bantered: "Kate, get him!" 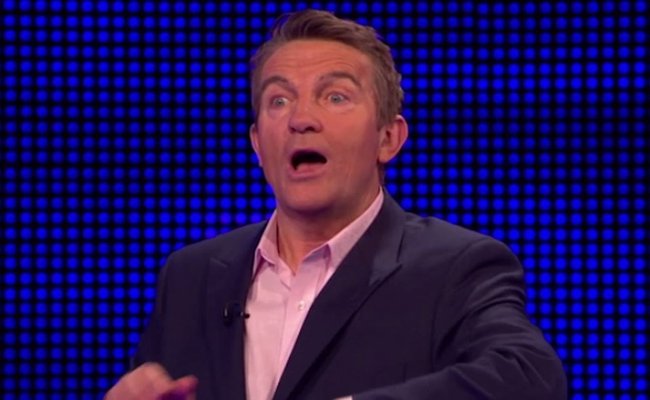 Pointless, which is hosted by Alexander Armstrong and Richard Osman, is arguably the biggest rival to The Chase, and focuses on trying to get a unique answer to a question that won't have been said by members of the public.

Bradley Walsh recently joined Instagram, with help from friend Holly Willoughby, who signed him up when they were both a bit merry at the NTA's.

The Chase airs on ITV, and has previously won Best Daytime Show at the NTA's twice in a row.