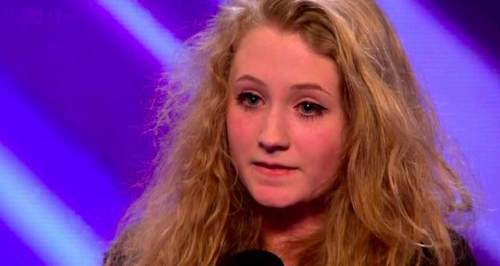 The young singer captured the hearts of the nation when she competed in the TV talent contest back in 2011. Now she's back with a new look.

You may remember getting chills down the back of your spine when Janet Devlin, who was only 16-years-old at the time, took to the stage with her rendition of ....

Hailing from a tiny village in Northern Ireland, she flew over especially for the audition and told judges, Gary Barlow, Tulisa Contostavlos, Kelly Rowland and Louis Walsh her obligatory sob story and that singing was her form of escapism.

Despite beng mentored by former Destiny's Child star Kelly Rowland, she didn't quite make it to the finals despite being an early favourite, instead landing in 5th place.

It seems Janet has been quite the busy bee since then! She was snapped up by RKA Records and began laying down vocals for her debut album.

My version of "Diamonds" by Rihanna is live now! link in description

A year on she began gigging her music and working with other contemporary artists such as Newton Faulker and Jack Savoretti on her new music.

Now, aged 21, Janet is has ditched her mousy blonder hair in favour of fiery red locks as she gears up to rock out on stage during her upcoming tour across the U.K.

Read more! 'X Factor' Eoghan Quinn Has Grown Up SO Much

Not only has Janet grown up gorgeous, but her voice still makes our hairs stand on edge! Go Girl!