The singer was filmed fleeing down the fire escape at the Mandarin Oriental in London.

Robbie Williams and a number of guests were forced to escape the Mandarin Oriental Hotel in Knightsbridge yesterday, as fire took hold.

The 44-year-old singer was filmed running down the fire escape within the crowds, in a Instagram video shared by a guest.

Talking about his experience, Robbie explained: ”I went on the balcony and looked up and there was just billows and billows of smoke.

"I came back in from the balcony and said, 'The hotel's on fire,' and then the next thing a knock at the door came and there was a bellboy there and they said, 'Get out'." 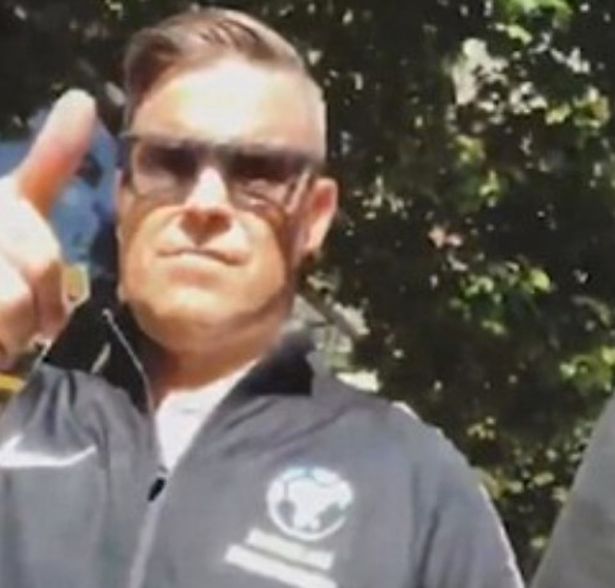 Robbie, who now appears to be out safe and sound, can be seen giving a thumbs up to the camera, as he exits the building.

Meanwhile, Australian singer and actress, Holly Candy, formerly known as Holly Vallance was also at the scene, tweeting: “This is just terrible. #mandarinoriental just minutes ago. Went up in seconds!”

This is just terrible. #mandarinoriental just minutes ago. Went up in seconds! pic.twitter.com/0MxlFjOohD

A statement from the London Fire Brigade said: “Fifteen fire engines and 97 firefighters and officers have been called to a visible fire in William Street in Knightsbridge.

“The Brigade’s 999 control officers have taken more than 35 calls to the fire, which is producing a lot of smoke. Anyone can park on your drive and there’s nothing you can do about it.”

“The Brigade was called at 1555. Fire crews from Chelsea, Kensington, Hammersmith, Battersea and other surrounding fire stations are at the scene.

“The cause of the fire is not known at this stage.”