The 60-year-old actor and writer posted a video message on his personal blog on Friday to reveal his diagnosis for prostate cancer.

Stephen Fry has revealed some heartbreaking news to his fans.

The 60-year-old actor and writer posted a video message on his personal blog on Friday to reveal his diagnosis for prostate cancer.

In the 12-minute video clip, Stephen explains he underwent surgery to remove his prostate and 11 lymph nodes before Christmas after a routine check-up with the doctor to get a flu-jab, found that he had cancer.

Thankfully, the surgery is said to have gone well, with doctors telling him: "It's all been got."

Introducing the link to his blog on Twitter, Mr Fry, 60, wrote: "For the last 2 months I've been in the throes of a rather unwelcome and unexpected adventure.

Read more: Kate Would Have Broken royal Protocol If She Wore Black To The Oscars

"I'm sorry I haven't felt able to talk about it till now, but here I am explaining what has been going on."

The former QI presenter, who had stepped down from his BAFTA hosting role last month, said his health was the reason he had retreated from the public eye in recent months.

He added that doctors had told him the early diagnosis had saved his life. "Are there greater chances of me getting other cancers now? Apparently not," he said. 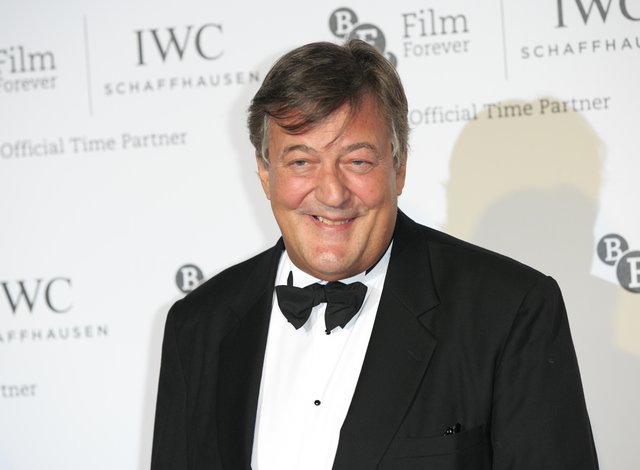 "But I won't know for sure until I get my PSA (prostate-specific antigen) levels checked. They should be zero because I have no prostate.

"But if there's anything left on the bed of the prostate where they've taken it out, it may have spread and I'll have to get radiotherapy and the whole damn thing will start again.

"But for the moment, I'm fit and well and happy."

Stephen, who praised the private doctors who carried out the surgery and thanked his friends and family for their support, also urged other men "of a certain age" to make sure they get their prostate checked after research by Prostate Cancer UK found that one man now dies from the disease every 45 minutes.