WATCH! Will.I.Am Is Corrie's Newest Face As He Brings His Video To Weatherfield!

Corrie might be welcoming a HUGE star to their famous cobbles.

You couldn't make this up, but will.i.am as filmed a music video on the set of 'Coronation Street'.

The Black Eyed Peas frontman has released his music video for 'Fiyah' after bringing a little bit of Hollywood to the cobbles.

will.i.am headed to Manchester on March 14 to shoot scenes at the British soap's famous pub, the Rovers Return, and has now dropped the promo for his new single which he made "in appreciation of British culture". 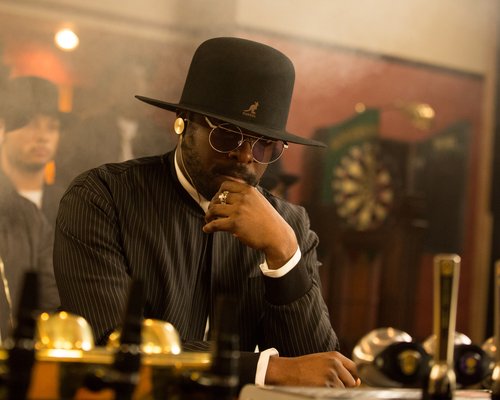 Taking to Twitter to share the video with his fans, he wrote: "In appreciation of #BritishCulture Check out my video for #FIYAH filmed at #coronationstreet @itvcorrie."

The rapper's nod to British culture took note of how much we love a pint, although the lyrics include a line about spending £150,000 on drinks at the pub.

He says: "Spend a hundred-fifty grand in here."

Yikes, that's a pretty hefty bill for your local boozer isn't it Will?

It also features singer India Love, who can be seen playing on the slot machines.

Fans of the long-running soap will be happy to see familiar scenes from the around Weatherfield too, as Nick Tilsley's Bistro and Norris Cole's Kabin newsagents are used as backdrops for the video. 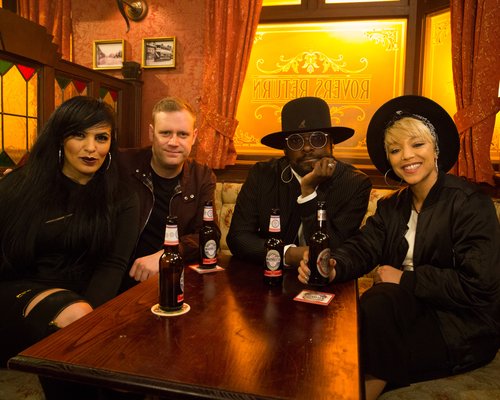 When will filmed the scenes he caused "chaos" with around 20 dancers dressed as clones and lots of "fire and explosion".

The 'Scream and Shout' hitmaker even got the "seal of approval" from legendary 'Corrie' star Beverley Callard, who plays Rovers Return landlady Liz McDonald on the show.

An insider close to the ITV previously revealed: "After much persuading of producers, and the seal of approval from 'Corrie' veteran Bev Callard he wangled his way on to the set. It's going to be chaos - loads of special effects on the cobbles and in the pub. Will wants as much fire and explosion as the set can handle.

"They are even booting out the actors and crew early from filming so will's 20 dancers can rehearse.

"It's a complete nightmare and 'Corrie' producers are hoping the Street comes out of it unscathed."

Speaking about her meeting with the 41-year-old star recently, Beverley said: "will.i.am told us he does want to film his new video in the Rovers. "He has said he is very keen but just needs to find a suitable time. He said we can all join in. We're all so excited."

The Voice coach previously told cast members on the set of the British soap that he would love to film scenes for a video at the iconic Rovers Return pub.

Speaking about her meeting with the star, Beverley Callard - who plays Rovers Return landlady Liz McDonald on the soap - told the Daily Star newspaper: "will.i.am told us he does want to film his new video in the Rovers."

Read More: Is THIS Coronation Street Star Going To Be The New Host Of Blind Date?!

"He has said he is very keen but just needs to find a suitable time. He said we can all join in. We’re all so excited."

Meanwhile, will.i.am previously teased that he is working on an "exciting" new Black Eyed Peas project.

He shared: "I don't want to say the word album because that just dates you, but we're doing a new project. It's really exciting. It's the best time to be creative right now with all the tools and folks doing what's best for themselves and creating in different mediums."

If there's new music on the horizon for BEP, perhaps Will could bring Fergie, and the whole band to Weatherfield?

It seems unlikely but we can hope!

Inside Simon Gregson’s family life away from Coronation Street