The actress' character Rosie Webster pretended to be the famous blonde to bag a new job.

When it comes to bagging herself a job at Todd Grimshaw and Adam Barlow new solicitor firm Rosie Webster proved herself determined to do so during last night's episode of Coronation Street.

Bit her efforts left fans at home in hysterics as she pretended to be famous Legally Blonde character Elle Woods to get herself into the world of law...well, to try and become Todd's PA!

In the hysterical scene the boys are left pondering why they've heard the next job candidate's name somewhere before until Rosie, played by Helen Flanagan - walked in and the penny dropped.

She said "you never would have seen me if I used my real name, and anyway, me and Reese Witherspoon could have been swapped at birth".

You can't blame the girl for trying, and fans at home certainly gave her 10/10 for effort.

Rosie Webster pretending to be Elle Woods. That is favourite thing to happen on #Corrie for a bloody long time.

It was a hilarious scene, but we weren't only enjoying it for the references to one of our favourite films but also for the fashion.

Rosie's pink ruffled asymmetrical dress is gorgeous and can be found on the high street at none other than Mango! Originally priced at £49.99 it has dropped down to £19.99 in the sale - bag it here online before all the other Corrie fans get their hands on it. 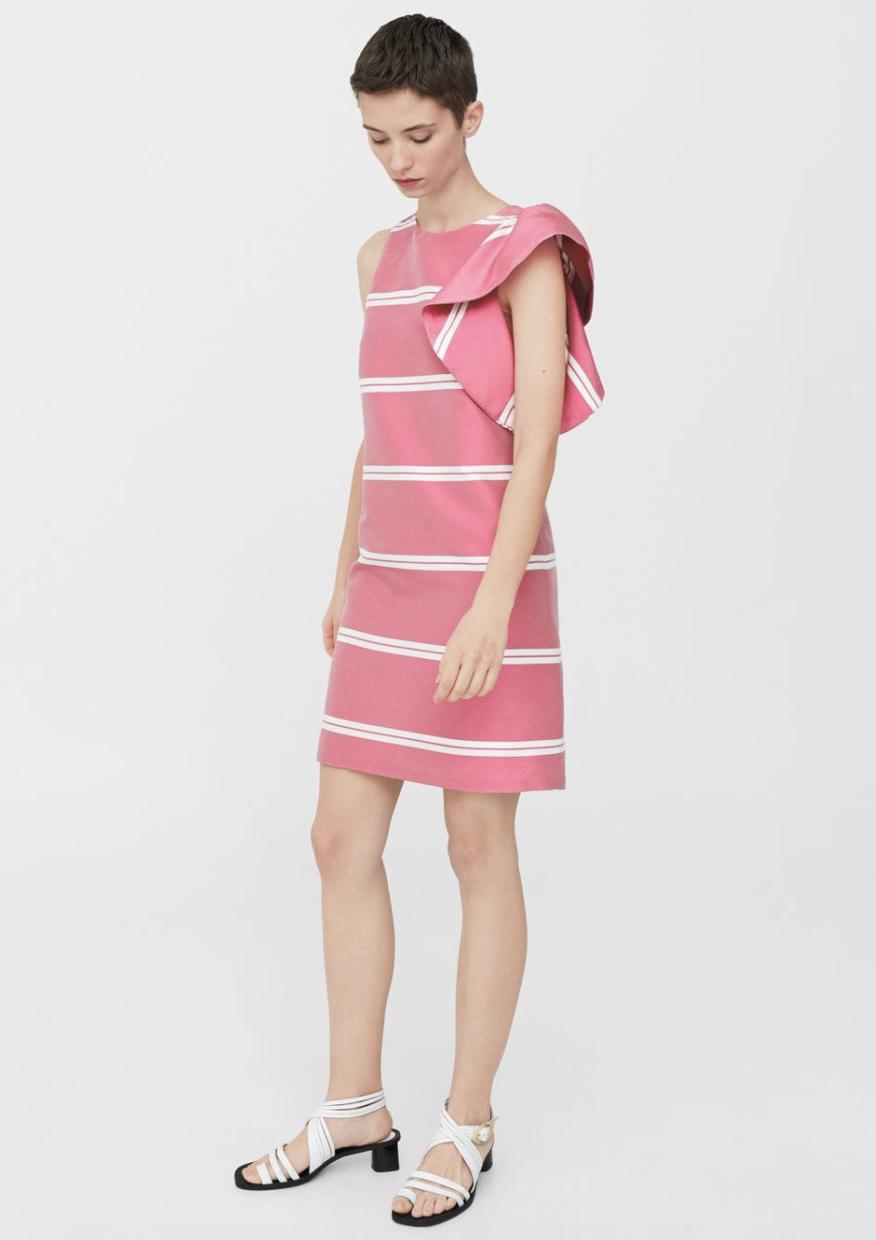