Despite her character Tina being killed off in 2014.

Has Coronation Street just brought another character back from the dead in a shock twist?  That’s what some viewers were convinced had happened during last night’s episode.

A Weatherfield Gazette reporter called Nayla arrived to interview Sally Metcalfe (Sally Dynevor) following her announcement that she was running for mayor. None of the characters did a double take when they saw her, despite the journalist being the spitting image of murdered local barmaid Tina McIntyre – played by Michelle Keegan.

But Corrie viewers were choking on their dinners – especially as Nayla had shown up in Tina’s old ‘haunt’ The Rovers Return. Was she a ghost? A long-lost twin? Or maybe poor Tina had actually been in a coma for the past three years? 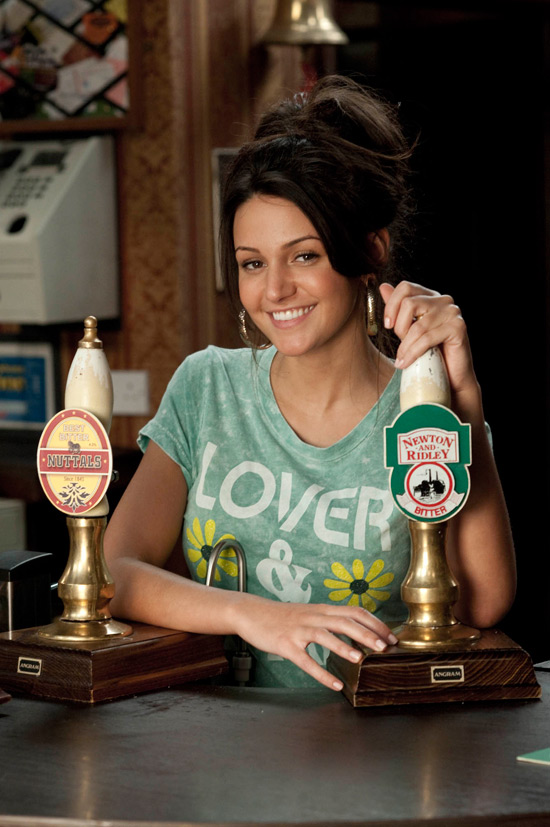 With Corrie having only just revealed that Andy Carver (Oliver Farnsworth) isn’t dead, but has actually been held captive in a cellar for seven months by evil Pat Phelan, surely they wouldn’t do another outlandish Back From The Dead story so soon afterwards?

Fans took to Twitter to double-check that they weren’t the only ones doing a double-take.

Thought Tina (Michelle Keegan) had come back to life there for a split second #corrie pic.twitter.com/tc32qOzwU2

So who was the brunette looky-likey? She’s actually called Saira Choudhry, who you may have seen as PC Tegan Thompson on Channel 4’s out-there police drama No Offence. She has also appeared in Hollyoaks from 2008-2011 as Anita Roy. The character endured some hard-hitting storylines including racist bullying, self-harming and skin bleaching.

Nayla has also popped up on the cobbles twice before, in 2013 and 2015. The first time she appeared at Nick’s Bistro during a drugs raid, while the second time she tried to interview Sean Tully about a homophobic B&B owner. Here she is during her 2013 appearance:

Read more: Coronation Street Is On Hold For The Next FIVE DAYS