But how will Aidan Connor exit Weatherfield?

After three years on the cobbles, Shayne Ward is saying goodbye to Coronation Street. Ward will step away from his role as heartthrob Aidan Connor in the late spring of 2018 when his current contract expires.

The Mirror are claiming that they have been told how Aidan will exit the show, but that they “have agreed to keep the details quiet.” ITV hasn't confirmed whether it was Shayne Ward's choice to leave.

Shayne Ward first rose to fame back in 2005, when he won the second series of The X Factor. Ten years later he made his Corrie debut in August 2015, and was an instant hit with viewers, winning Best Newcomer at the National Television Awards.

Shayne Ward broke the ‘soap hunk’ mould earlier this year by refusing to take his shirt off onscreen. "I'm happy just being in the factory with my shirt on. I'm just not into that whole six-pack thing," he explained. "I think there is so much pressure to get in shape nowadays. I am just happy doing what I'm doing."

Aidan’s turbulent love life has been a defining part of his time on the Street. Not content with being involved with the gorgeous Eva Price (Catherine Tyldesley), he began a long-running affair with Maria Connor (Samia Longchambon).

The fallout involved a faked pregnancy, a botched wedding and the robbery and closure of the Connor’s factory, Underworld. 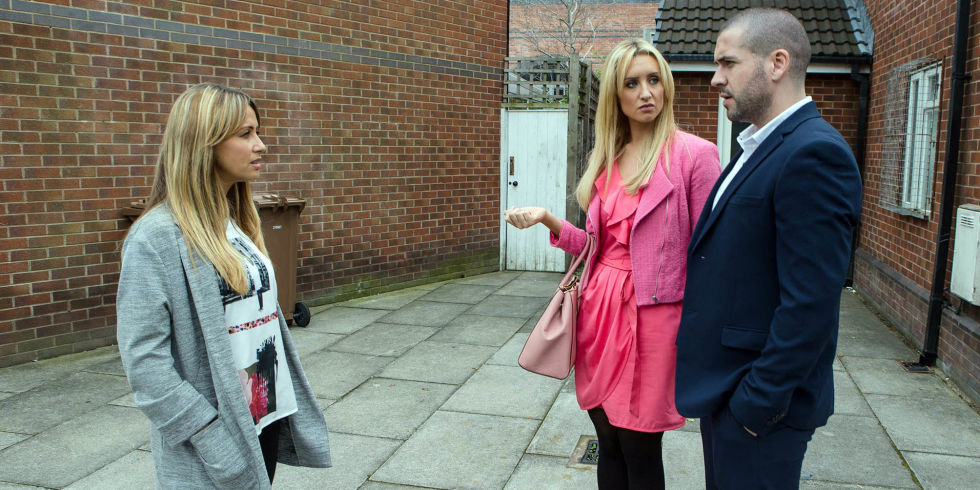 Corrie fans who will miss Aidan can still look forward to the imminent return of his half-sister, drama queen Carla Connor (Alison King). She’ll be sweeping back onto the cobbles at Christmas, and we cannot wait!

Coronation Street airs on Mondays, Wednesdays and Fridays at 7.30pm and 8.30pm on ITV.

Read more: THIS Is When Todd Grimshaw's Last 'Corrie' Scenes Will Air