Who's the new silver fox in Weatherfiield?

Philip Schofield isn't the only silver fox at ITV any more. Coronation Street star Tristan Gemmill has also embraced the grey – and we think it looks great!

The actor, who played Dr. Adam Trueman on Casualty from 2007 to 2011, has played chef Robert Preston on the soap since 2015. He is more familiar to Corrie viewers for his jet black locks but during last night's visits to Weatherfield he debuted a new look, having ditched the hair dye.

Fans were taken aback by his transformation, wondering if the stress of being wrongly imprisoned had taken its toll on Robert.

#Corrie So Jim McDonald can smuggle a crate of Boots Home Brew kits into prison, but Robert can't even get a bottle of Grecian2000 in?

The handsome actor, who turned 50 in June, looks very distinguished and reminds us a little of Rupert Everett. His new silver fox appeal has been endorsed by co-star Kym Marsh, 41, who plays his on-screen partner Michelle Connor.

Writing in her OK! Magazine column last month, she said: "We've become really close since working together so it was good to catch up as we've both been off for a lot of the summer. He's ditched the dye and I love his new hair!”

The former Hear’Say singer continued: "It's liberating that he's decided against dyeing his hair again, especially in our industry where there's pressure to look a certain way. His silver locks will have to be referenced on the show, but that's him now, the grey's here to stay!"

Tristan and Kym’s characters have been involved in some heavy drama on Corrie this year, including Robert’s shady drug past and an ongoing stalking ordeal carried out by Michelle’s ex, Will. But it’s good to see the colleagues supporting each other in real life. 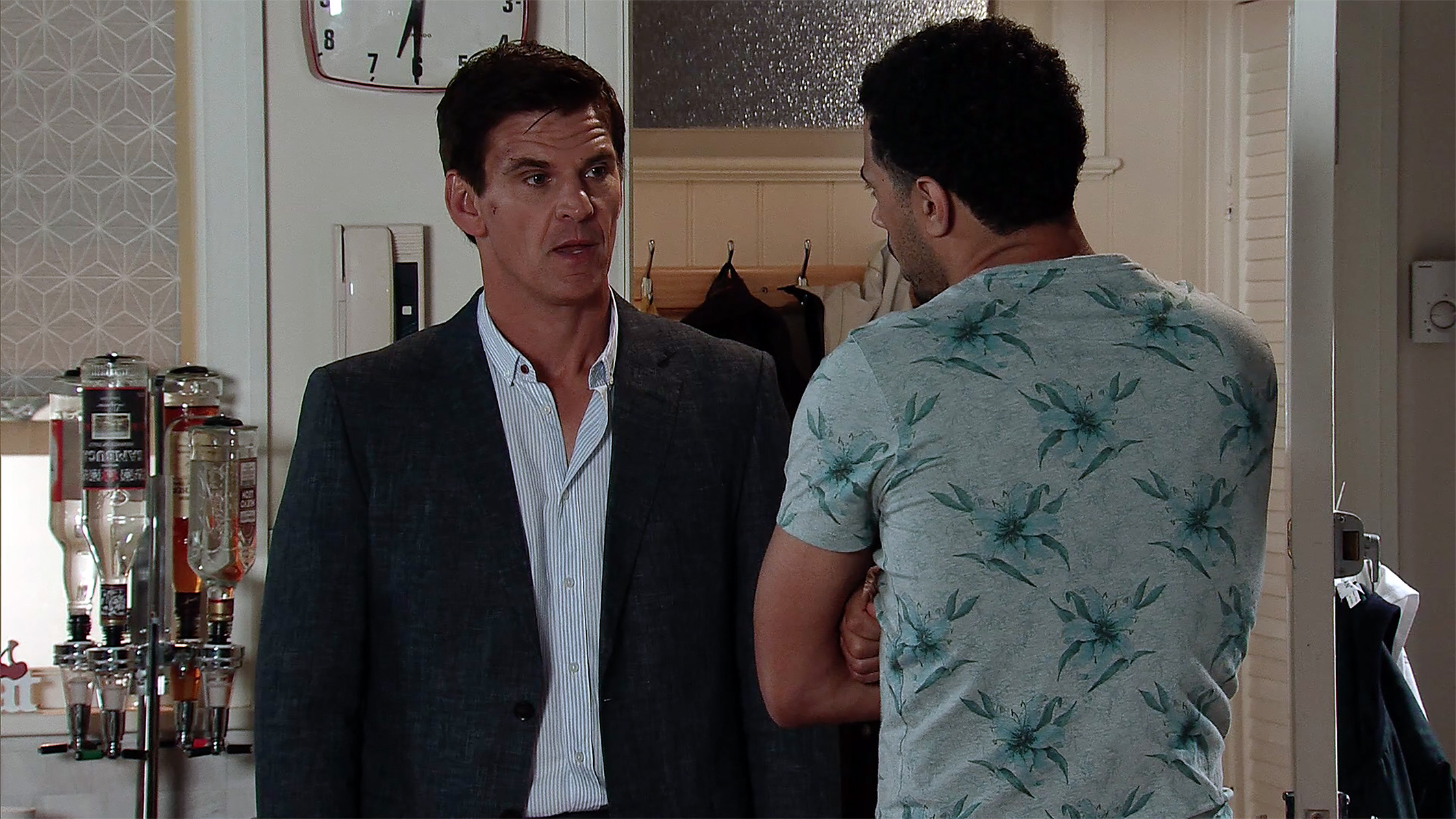 No doubt Robert's toxic ex-wife Tracey Barlow (Kate Ford) will have some snide comments to make when she sees his new grey hair. But we applaud Tristan for the move.