Danny Dyer spotted at airport ahead of Love Island appearance

The EasteEnders star is to appear on the ITV2 show to meet his daughter Dani's new boyfriend.

Danny Dyer has been spotted at an airport - leading Love Island fans to believe he could be entering the villa as soon as tonight.

The Eastenders star's daughter, Dani Dyer, is currently in the Love Island villa with new boyfriend Jack Fincham, who her dad is yet to meet.

Last year, the islanders who got down to the last week of the competition got a surprise visit from their parents, and fans of the show have been praying for the 40-year-old actor will do the same this series. 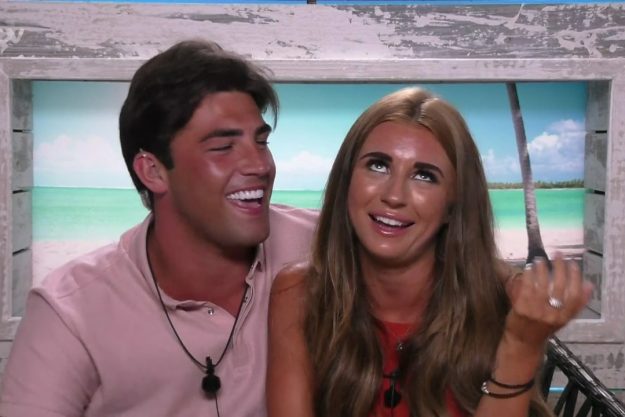 Dani and Jack might be getting a famous visitor very soon (Image: ITV)

Their wish might be about to come true after Love Island fan account shared a snap of Dyer queueing up at an airport check in desk in London.

Danny Dyer has been reportedly seen at a airport, we hope he’s going into the villa! #loveisland pic.twitter.com/YPb7oPfU7F

It's unclear where the plane he is boarding is headed but Love Island viewers are hoping it's Mallorca.

Dani and her boyfriend Jack have won over the hearts of the nation with their adorable antics in the Love Island villa and fans are keen to see if Jack will be able to win over Dani's hard man dad.

Danny Dyer going in the Love Island villa to reunite with Dani is going to be one of the most iconic moments on tele in the 21st century ... #LoveIsland

Who do you think has what it takes to win Love Island 2018?

Why did Richard Madeley quit I'm A Celebrity 2021?