Declan Donnelly left the audience in tears as he revealed this series of Saturday Night Takeaway has been 'tinged with sadness' after his best friend Ant McPartlin entered rehab.

The Geordie presenter, 42, has taken the helm on his own following his best friend's decision to seek further treatment for addiction following an arrest for drink-driving last month.

After the cameras had stopped rolling, he told the audience: 'Thanks for all the love and support, it's been a series tinged with... well... sadness. Can you all give a one round of applause for Ant who is at home."

After a rapturous round of applause, Dec added:"Thank you so much, I know he will appreciate that a great, great deal." 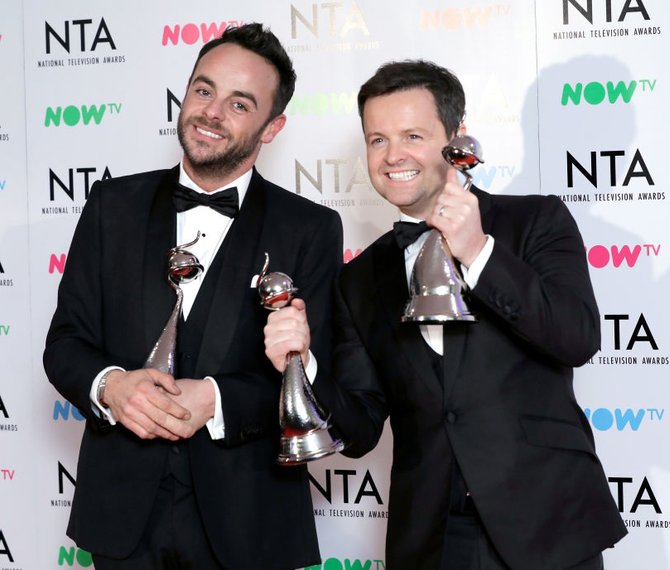 Ant and Dec are two of the UK's most popular TV stars. Credit: Getty

Fans also suggested Dec was singing his heart out for his pal during The Rembrants' performance of hit song I'll Be There For You which was the theme tune for Friends.

In 2002 the first episode of Saturday Night Takeaway aired and the pair had previously vowed never to appear without the other.

But Dec made the difficult decision to go ahead alone for the final two shows of the series for the fans.

What a series! Thank you all for watching! #SaturdayNightTakeaway pic.twitter.com/SMOO5LTe3O

I feel the the whole of the UK are super proud of Dec for doing Saturday night takeaway alone, he’s been brilliant!! #SaturdayNightTakeaway

The series finale was a huge hit with fans online, as Dec was joined by side-kicks Scarlett Moffatt and Stephen Mulhern.

Ant did feature in a pre-recorded skit entitled Saturday Knight Takeaway alongside Emilia Fox and Joanna Lumley and also had his name in the credits.