This Morning presenter says he's confident in his marriage and their love is stronger than ever.

Eamonn Holmes is feeling confident about his marriage with his wife, and says she is not one to stray because their love is strong enough to overcome any superstition surrounding the Strictly curse.

The show has been blamed in the past for wrecking marriages after a number of contestants famously ended up leaving their other halves for their dance partners after growing close during training.

However, This Morning presenter Eamonn says he is feeling confident about his loyal wife Ruth, and says she would never stray following her sizzling routines with dance partner Anton Du Beke.

"No, she definitely won't do that," he told Now Magazine when asked:

Eamonn spoke out about the secret of their marriage and admitted: "I don't really know how it works. The two of us are energetic people who are always interested in each other, and that doesn't mean you spend all day adoring each other.

"I'd never not be interested in her and I think vice versa. I'm just full of admiration for her." 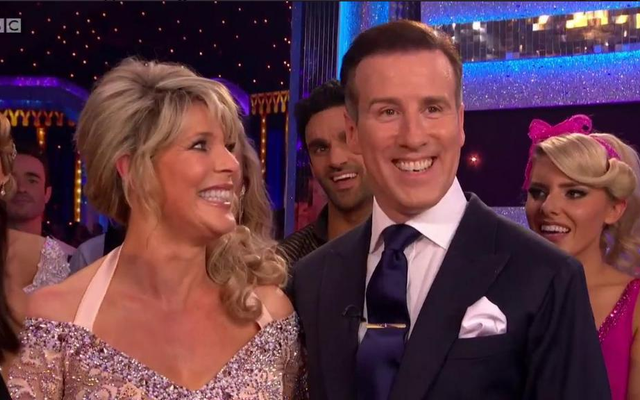 However, it seems that his levels of support are coming at a bit of a price, as he admits that the studio environment at the show can be a bit tough.

In a recent interview with The Daily Star, Eamonn has claimed that: "audiences are just treated like cattle. They are used and abused."

Due to the fact that the show chooses to pre-record the Sunday show straight after the live events on Saturday, it means the the audience are sat for a prolonged period of time whilst a turn-around takes place - the total studio time can often be up to 5 hours. 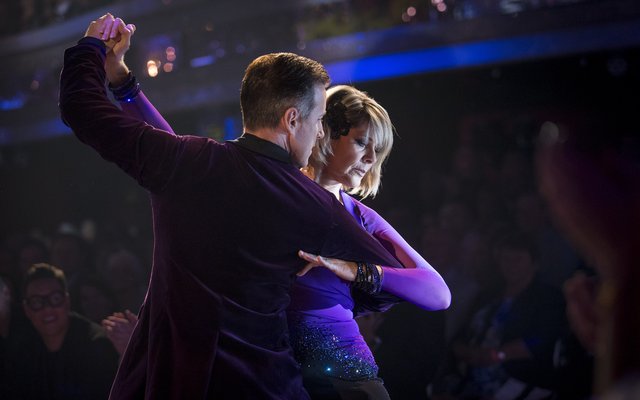 Eamonn said: “It is a long day. People don’t understand. I am like, ‘Why is this taking so long? They are now going to do this out of sequence… it is going to take even longer’.

Clearly disgruntled about the whole scenario, Eamonn wasn't happy about the strict regime within the studio, stating that: "At the end of the show if you walk up to Mrs Smith in the front row to shake her hand security people jump in and say, ‘No, no, no’."

However, despite Eamonn's upsets, the show itself is proving as popular as ever. More than one million fans have signed up in the hope of getting tickets to the live shows this year, with the hardcore amongst them queueing outside Elstree Studios as far in advance as midnight on Friday.

Ruth's performance last night had a bit of a technical hiccup, but, ever the pro, she danced on regardless and did enough to survive the voting this weekend.

Hopefully Eamonn can hang on in there and continue to support his wife for the duration of her Strictly stint!