Eastenders Viewers Were Left Scratching Their Heads After This Blunder!

We have to admit, this seems pretty confusing...

After all the drama kicked off on Christmas Day with Abi and Lauren Branning falling off the roof of the The Queen Vic the nation has been totally glued to Eastenders.

Then, as if that wasn't enough, fan favourite Mick Carter played by Danny Dyer was shot during a botched heist.

He received a seemingly life threatening injury from a mystery man called Halfway who turned out to be a friend of Mick's son Lee but despite his wound they didn't call an ambulance.

Instead, he was brought back inside the pub where new character Miriam (aunt of Walford's very own Masood) recalled her nursings skills and removed the bullet from his arm and sewed the wound. 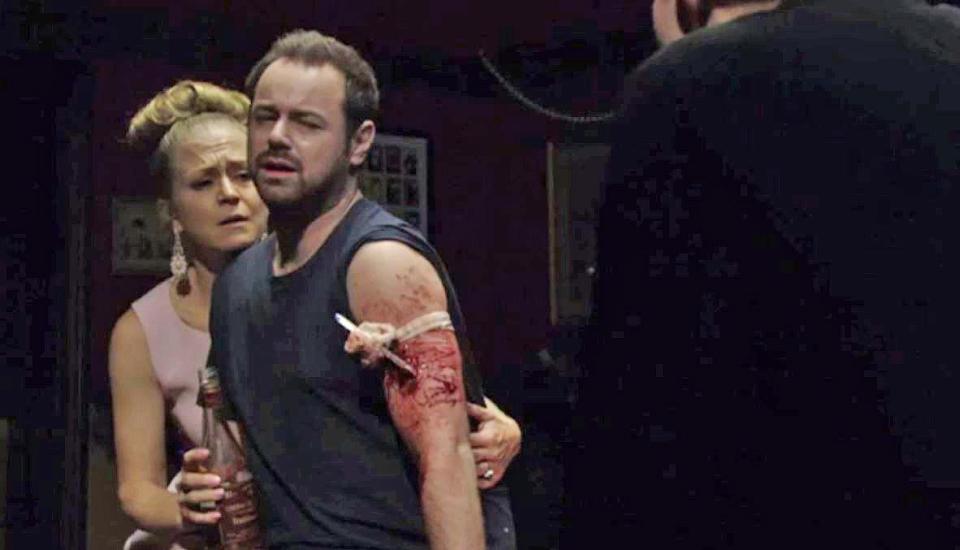 But fans were gobsmacked by his speedy recovery as Mick went from on death's door to sitting up and having a chat with wife Linda...

As if an Indian nurse would magically pop out of nowhere and suddenly cure someone with a gunshot wound. Lol @bbceastenders #eastenders

Gunshot wound?? - A wee bit of turmeric, couple of asprin and a pat on the arse #EastEnders

It's a miracle on Albert Square! If that's what a curry and a couple of tablets can do for a gunshot wound we might make this our new hangover cure...