The actor, who plays Ben Mitchell, spoke openly about his upcoming departure.

Here's an EastEnders plot twist we can't get our head around - it seems that the actor who plays Ben Mitchell isn't leaving of his own accord.

Speaking on Channel 4's Sunday Brunch yesterday, Harry had a bombshell for us when host Tim Lovejoy asked if the actor saw the exit coming.

"No, I didn't," he replied. "I don't really think there would be any signs that point towards it, you can possibly get something out of the story, but in terms of [Ben's] mindset, it's quite a sudden thing.

"So, as an actor, I didn't see that build-up coming, but it's exciting me."

Gravesend-born Harry Reid, 25, has been in the role for three years and is the fifth actor to play Ben. In our opinion, he was also the best one yet. He is also the son of long-term characters Phil Mitchell (Steve McFadden) and Kathy Beale (Gillian Taylforth and is a major character in his own right. So it's surprising that EastEnders would choose to give one of their strongest young characters the chop.

The actor has previously said he would be “deeply upset” if show bosses were to write out his character. He told The Sun last year: “How would anyone feel if they lost their job? I don’t think anyone is pleased to go.”

"I know," he replied on Sunday Brunch when asked if Ben was leaving in a cab or in a coffin. "I'm not gonna say anything, mainly because I want the fans to be excited and question what's going to happen.

"It is exciting," he added. "Ben's life is exciting and it won't let you down, I promise you that." We hope so! 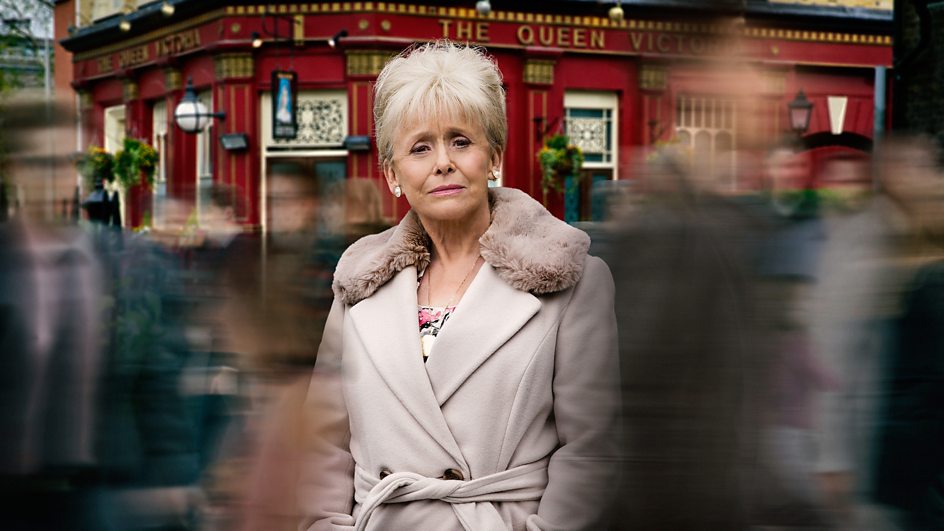 Peggy Mitchell would be unimpressed about her grandson's treatment.   [Picture: BBC]

Ben Mitchell's exit storyline is expected to be shown on screen before the end of the year and Harry confirmed today that he's already filmed some of his final scenes.

"It's been very hard," he said. "I think there's an actor's emotion that comes into play here.

"Obviously, it being long-running, I've worked with these people for a long time and when you're doing final moments, it can become quite ceremonial."

We wish Harry all the best in his future projects.

EastEnders airs on BBC One, while Sunday Brunch airs on Channel 4.

How old is EastEnders' Scarlett Butcher and who plays her?

How old is Frankie Lewis in EastEnders and who plays her?