Who's returning? Fans go into overdrive with speculation...

It's just been confirmed by EastEnders that last night's Jane Beale (Laurie Brett) exit is permanent. But fans have already moved on to the next development in the London based soap - trying to guess the nature of today's 'big news' to be revealed at 8pm.

The show's press office teased fans yesterday by posting a short clip, simply showing an empty Walford East tube station – suggesting someone might be arriving through the gates. The PR team also said: "We think you might want to keep an eye on our account tomorrow." What does it all mean?!

Fans have gone into a frenzy of speculation, hoping that this could mean the return of an iconic character like Janine Butcher (Charlie Brooks) - aka the Black Widow. 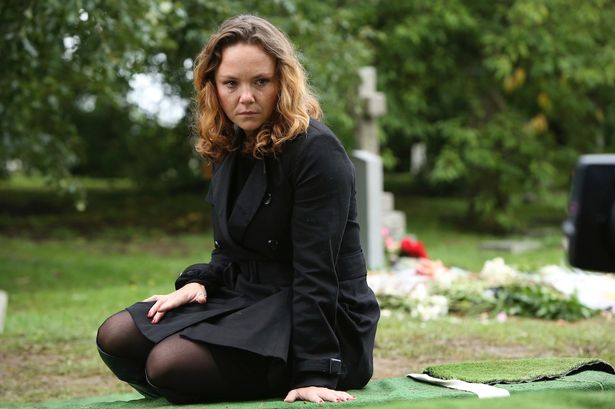 Or perhaps jinxed lottery winners Kat and Alfie moon (Jessie Wallace and Shane Richie) be given a reprieve from axed spin-off Redwater in order to return?

I think it will be an exit, rather than a return. I’m still convinced we are heading for a ‘Who Killed Max?’ Storyline #EastEnders

bet its Vicki , Michelles daughter. They mentioned her last week.

Or maybe there's more news on the upcoming return of everybody's favourite postman, Masood (Nitin Ganatra)?  It's been confirmed that he'll be coming back after quitting last year – and instead of coming back with young son Kamil, he’ll be bringing family members who’ll be introduced to Walford for the first time.

A soap insider told The Sun: “Masood has been involved in numerous top storylines since he joined East­Enders and he has unfinished business on the Square. The extended family who are joining him have yet to be cast but bosses certainly want Masood to be one of the soap’s central characters once again. He hasn’t been away long but a lot has happened in his absence.”

The show has teased fans with a new video which has the sound of high heels - does that mean a female character is returning, or is it a red herring?

Because you've been so patient here's a little clue. All will be revealed right here tonight at 8pm #EastEnders pic.twitter.com/w8sEylOQdo

Or have fans got the wrong end of the stick? Maybe someone big is leaving the show?

The best thing to do is keep your eyes on the EastEnders social media accounts today. We can't handle the suspense!