Eastenders Fans Reckon THIS Is The Person Who Stole The Money…

Fans think they've cracked it the mystery behind the theif in Albert Square.

It’s the storyline that just keeps on giving. First, Phil Mitchell and the gang robbed a van full of money, then they themselves got robbed by Ben Mitchell, and then Ben Mitchell got robbed!

Read more: A Major Eastenders Character Is Off To Jail And It's Not Who We Expected!

As the storyline unfolds, and Mel Owen continues her hunt for they mystery thief, it is still unclear who it is. However, fans think they’ve cracked it, and Sharon Mitchell is their number one suspect. 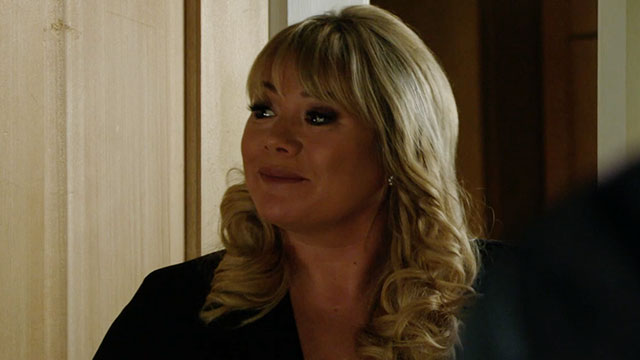 One fan tweeted: “Sharon stealing the money would make all this nonsense so much worth it’s while. Let’s see Phil & Mel team up and play treasure hunting, while Sharon has a new license plaque done for the Queen Vic.”

Another added: I had this weird thought that Sharon had it...probably totally wrong.”

Sharon stealing the money would make all this nonsense so much worth it’s while. Let’s see Phil & Mel team up and play treasure hunting, while Sharon has a new license plaque done for the Queen Vic. #EastEnders

I’m wondering if Queen Sharon has the money, but it’s probably Max... #Eastenders

Starting to really enjoy #EastEnders again. So who has Ben’s money? @Neon_Commando is convinced that Sharon has it. Makes sense. I reckon she’ll give some to Mick & Linda.

Yesterday’s episode saw Mick Carter grill all the guys that were involved in the heist, to find out who stole the money.

Whilst each of them shifted the blame on one another, Phil had just caught wind that Ben was behind the robbery and was desperately trying to keep shtum.

But little does he know that the thief might be right on his doorstep.

Sharon being the mystery thief does make sense following the show’s boss John Yorke stating that he wants to put strong women back at the forefront of Eastenders.

And if that weren’t enough, John confirmed that Sharon has a big storyline coming up too.

Could this be it…?

What happened to Jags Panesar in EastEnders?

How old is Charlie Brooks and what is her net worth? Find out everything about the Lie With Me star…