It's an early Christmas miracle.

Now that’s how you steal a scene. Last night’s EastEnders had a tension-packed moment as Queen Vic landlord Mick Carter (Danny Dyer) told his assembled regulars that he had to sell the pub’s freehold.

But the eyes – and ears – of all viewers were on another character altogether as long standing ‘Enders extra Winston actually spoke.

If you’re not a regular viewer you may not know Winston, but he’s become something of a legend on the show. 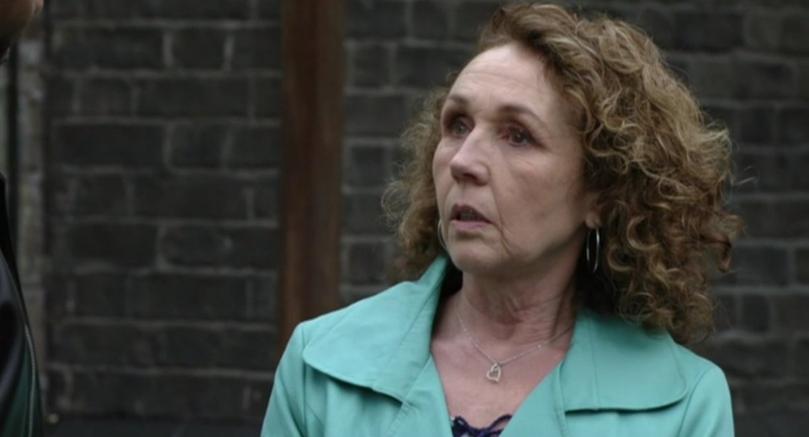 "Don't even think of stealing my thunder, Winston."     [Picture: BBC]

Winston, played by Ulric Browne, has been a member of the cast since 1986 and is the second longest serving extra on the Elstree set. The extra who’s been there longest is of course Tracy the barmaid played by Jane Slaughter, who has been there since the show started in 1985.

WATCH: EastEnders Barmaid Tracey FINALLY Gets A Storyline After 30 Years

Stallholder Winston is the man you go to on Walford market for all your rare vinyl record needs. He rarely ever talks, but he certainly seized his chance to shine as the residents of Walford gathered in in the Queen Vic.

Landlord Mick Carter was telling the crowd about the pub's financial troubles and made a joke about Winston losing money "on the horses".

We wonder how long he practiced his line for?

Winston happy with his one line of the year #eastenders

Ulric has previously told The People: "I’m in about 90 per cent of episodes so everyone knows my face. I find it’s really handy when I’m trying to get a good table in a restaurant.” We love that Ulric is not above blagging.

He continued: "Obviously, I’d like more lines but I am just happy to be on a show I enjoy." We like his attitude.

Ulric has also had roles in shows such as The Bill and Grange Hill.

Now that the Kat and Alfie spin-off Redwater isn’t returning, we think a spin-off focusing on Winston is just what EastEnders fans need. He’s earned it.

Read more: Kat & Alfie Could Be Off Our Screens For Good As Jessie Wallace Makes Shock Confession

How old is EastEnders' Scarlett Butcher and who plays her?

How old is Frankie Lewis in EastEnders and who plays her?