Who played Grant Mitchell in EastEnders and what is Ross Kemp's net worth? Here's what we know...

EastEnders has been postponed during the coronavirus, but BBC One is treating viewers to some classic episodes over the next few weeks.

But when did Grant Mitchell leave EastEnders and is he returning to Walford? Here’s what we know…

When did Grant Mitchell leave EastEnders?

Ross Kemp also reprised the role of Grant for various guest stints in 2016, appearing in twelve episodes between 13 May and 9 September.

Grant originally arrived in the square in February 1990, along with his brother Phil and mum Peggy (Barbara Windsor).

During his time, he married Sharon Watts and pregnant Tiffany Raymond who goes on to have a daughter, Courtney.

Read More: Why is EastEnders not on tonight and when will it be back on?

After a fight with Phil that ends with their car crashing into the River Thames, it’s revealed he escaped to Rio with Courtney.

He returned briefly in 2005 to help his sister Sam get out of being sent down for the killing of Den Watts, and in 2006 when he had an affair with Jane Beale.

He was also back again in 2016, when he was involved in Peggy Mitchell's death storyline, before returning to Portugal.

Is Grant Mitchell returning to EastEnders?

Ross previously told us at Heart.co.uk that he might return to EastEnders in the future.

Speaking about acting again, he told us: “People have asked me would I, and I’ve said of course I would.

“I enjoy making documentaries but I also trained for three years as a classical actor. Whether I can still act or not I don’t know."

Read More: Who is EastEnders' Letitia Dean? Age, Instagram and net worth revealed

He added: “I love making documentaries as I love being in a very small team, but I also love acting so you know what, if you get an opportunity to do things in life that you love then I think you should grasp it because life is short.”

When asked whether he’d ever make a return to The Square to reprise his role as Phil Mitchell’s brother, he added: “I wouldn’t say anything, I would never rule out anything.”

What is Ross Kemp’s net worth?

After leaving EastEnders, he has gone on to make a name for himself as a documentary maker.

In 2004 he filmed Ross Kemp on Gangs, a documentary series exploring the impact of modern gang culture in the UK and around the world and ending up winning a BAFTA.

Ross was married to newspaper editor Rebekah Wade between 2002-2009. He's now married to wife Renee O'Brien and the pair have three children.

He is also dad to a son with his ex and former make up artist Nicola Coleman. 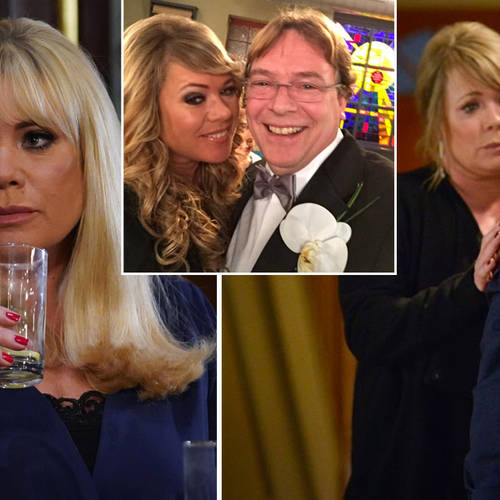