Emmerdale's Kim Tate could MURDER one of these 14 characters

The Dales' ultimate super-bitch is back next month for a one-week revenge spree... and it'll change the village forever.

Kim Tate’s dramatic return to Emmerdale leaves fourteen characters at risk of her scheming ways… or even death.

A  glossy new trailer for the character’s highly anticipated return highlights several characters that are at risk of falling foul of her vengeful ways on her one-woman revenge mission. 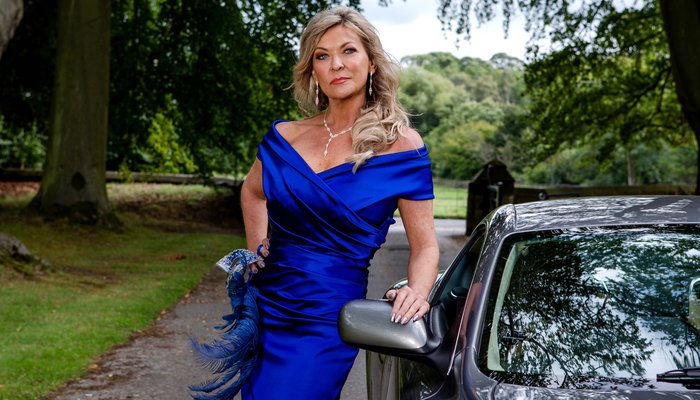 Kim Tate will make a glamorous return to the Dales next month (Image: ITV)

Kim’s step-grandson could be the third generation of Tate she tries to murder after watching his grandad Frank die, and attempting to bludgeon his dad Chris to death.

Now loved up with Joe, her mum Charity had an ill-faited marriage to his dad, later leaving him to start an affair with her cousin Cain Dingle, Debbie’s dad.

Fans believe that Kim was the mystery woman he was having an affair with when his wife was killed - and it’s KIM he’s been looking after Joe for, not his mum Zoe.

One of Joe Tate's employees at Home Farm, she could give Kim access to vital information.

If Kim tried to take on the Dales’ current bad girl Charity, who knows what could happen?

If Kim wanted to take down Charity, then her partner Vanessa would be a good starting point.

The character is leaving this year, wouldn’t being taken out by Kim be a great way to go?

She’s just escaped death once, will it be second time lucky?

She can’t stop telling people she killed Emma and let her son Adam take the rap for it - will Kim come for her like a shark smelling blood?

If Kim and Graham really do have a hidden connection, Cain’s feud with him could prove to be his demise.

Charity’s mum and her gentle-hearted nephew Sam wouldn’t stand a chance against Kim.

Kerry’s in financial difficulties - would this make her turn to the dark side and help Kim for a bit of extra cash?

Who does Danny Miller play in Emmerdale and why is he leaving?