Is the Bake Off breaking social distancing rules? And how did they film during coronavirus?

During these uncertain times, the Great British Bake Off is exactly what the nation needs to cheer them up.

And while there were doubts over whether the series would be able to return due to the pandemic, Channel 4 bosses have pulled out all the stops to make it work.

So how was the show filmed during the pandemic and what social distancing rules are in place? Find out everything…

The Great British Bake Off contestants and judges don’t have to follow social distancing rules because they all had to self-isolate for two weeks before filming began.

Back in July, the entire 120 group - including the bakers, judges, crew, support and staff - moved in together at Down Hall country house.

Some bakers were allowed to bring their partners and children with them, while judge Prue Leith also brought her dogs.

Those taking part also had to isolate for nine days and take three COVID tests before entering the hotel, while producers worked out ways to transport people to the hotel “so people wouldn’t need to use any public toilets.”

Everyone involved then stayed at the hotel for the whole six-week period with a schedule of “two days on, two days off”, so they formed one, huge social bubble.

To keep everyone entertained, football matches and cinema and bingo nights were held in for the cast and crew.

New presenter Matt Lucas even hosted a couple of events.

Kieran Smith, creative director at Love Productions, said: “So many people rely on Bake Off for work that we knew we had to work out a plan.”

Deputy Director of Programmes at Channel 4, Kelly Webb-Lamb, also spoke about the changes during the Edinburgh TV Festival.

She said: “What we’ve done is created protocols with the production companies that absolutely there are protocols, we’ve worked hard with them to put testing and quarantining regimes in place beforehand for all talent, all cast, all crew, so that when we go into the bubble we know that everybody there is negative.

“And that comes down to minute details, like the car that you’re driving to set has to also have been quarantined. Nobody can have been in it for the time of the quarantine. You can’t stop on the way. And then everything that comes onto set has to be completely disinfected.”

The show looks completely normal because of the preparation work before filming.

In an interview with the Observer, Kelly added: “The whole point of the bubble [was] being able to be close to each other or pat people on the back, or it wouldn’t be Bake Off.” 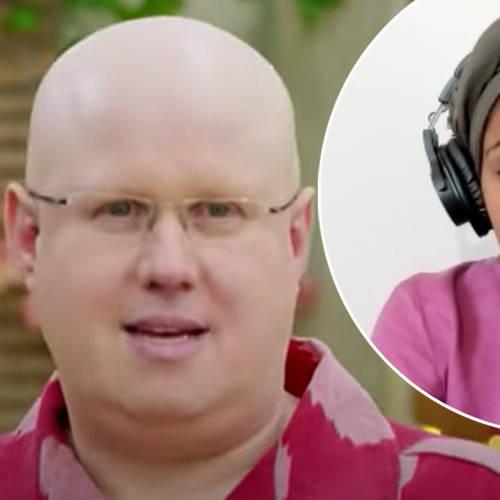