WATCH! Emmerdale's Ashley Thomas' Final Scenes Are So Emotional The Cast Were In Tears 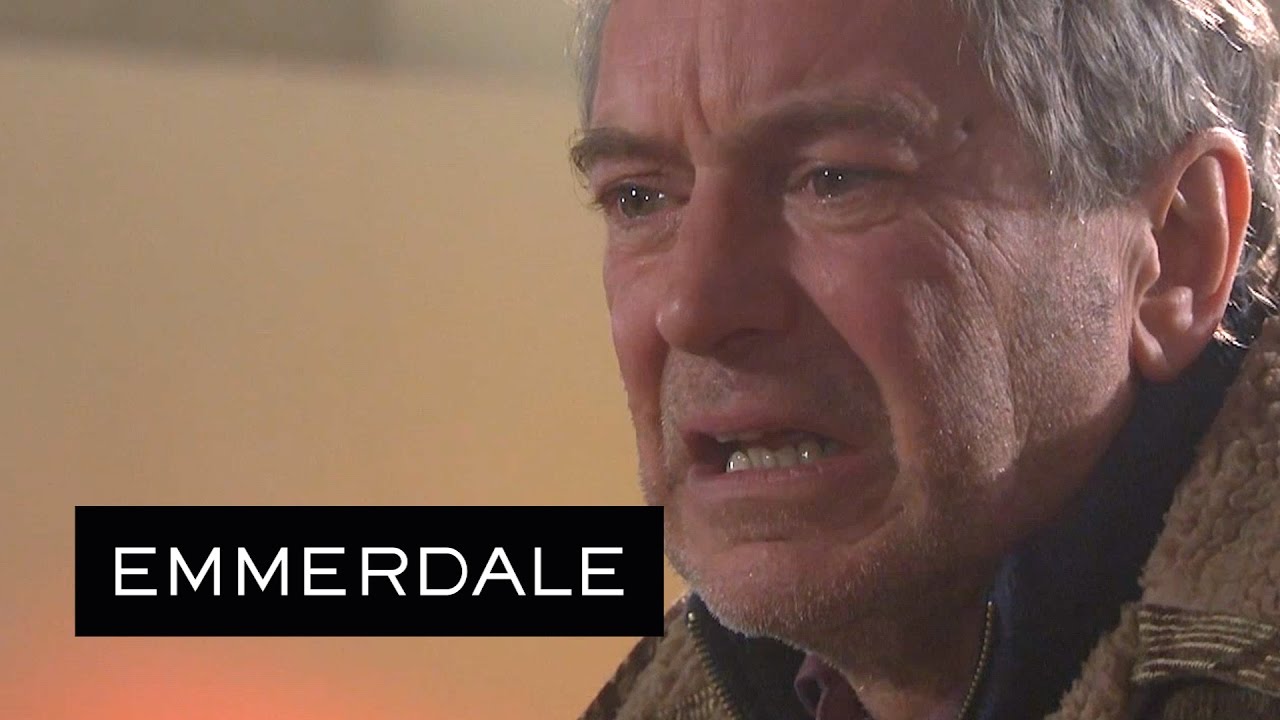 John Middleton said his final scenes as Ashely Thomas in Emmerdale had the entire cast in tears.

The 63-year-old actor is set to bow out of the popular ITV soap for good this week as his character, the loveable vicar, meets his end after having suffering with dementia for two years.

Fans of the show will be able to watch John's final scenes as Ashley on Friday and it sounds like viewers will need plenty of Kleenex on hand as the actor revealed the emotional scenes were particularly emotional to film.

SPOILER CLIPS: Have an easy afternoon getting a sneak peek of NEXT WEEK’S #Emmerdale https://t.co/cSNWyqC0SG pic.twitter.com/zRxVxDUYai

He said: "My very final scene was emotional. We had done some rehearsal and people were all in tears. You could have heard a pin drop on the studio floor, and there was an immense amount of sensitivity and care, they wanted to get this right. That I found in itself very moving let alone the thing being portrayed."

It's been over 20 years since Ashley Thomas appeared on our screens for the first time. What's been your favourite Ashley moment? #Emmerdale pic.twitter.com/62KpIpEmyd

While fans will have to get used to the idea of not seeing Ashley Thomas on screen anymore, it seems the reality of leaving the soap hasn't quite sunk in for actor John Middleton yet either.

He told the Daily Mirror newspaper: "Eventually it is going to hit me, it will be like running into a brick wall," he says. "It is half my career and there is not a second of it I haven't loved, and I've made so many great friends. It is the most significant thing that has happened in my professional life, And it is up there with getting married and having children. At the moment my wife is the breadwinner and I am on the Emmer-dole. I am rediscovering my domestic life, cooking and things."

PROMO: And when the sun sets, our memories will preserve the glistening, golden rays #ByeAshley #Emmerdale https://t.co/cQaNhqVnrV pic.twitter.com/mpPjJg8O9T

The comments come after fans took to social media to praise 'Emmerdale' star John Middleton for his emotional performance during the soap's special dementia episode back in December.

The thirty-minute episode was told solely from the perspective of Ashley Thomas, who has been battling with early onset vascular dementia for the last two years after suffering a stroke.

As the storyline reached it's two-year climax, viewers witnessed how he was unable to recognise his loved ones including wife Laurel, and the emotional scenes struck a chord with audiences at home.

In a commendable effort by the soap's producers, regular actors were replaced with unfamiliar faces in a bid to replicate how difficult it would be for the character to recognise those close to him.

Fans quickly took to Twitter to reveal their heartache as they called for the show to sweep up at the National Television Awards next year.

@ITV @emmerdale my mum has early onset dementia. That was heartbreaking but so accurate, thank you for raising awareness

Last night's Emmerdale was devastating. I normally don't watch, but that was magnetic, harrowing TV. Very brave. Still thinking about it now

The episode comes after Ruth Langsford welled up with tears, as she commended John Middleton on his performance during This Morning on Tuesday.

Ruth was seen fighting back tears as she discussed her father's own personal struggle with dementia ahead of the special episode.

She sat alongside the actor to speak from a family member’s point of view after her father passed away at the age of 57 in 2012 after his battle with Alzheimers, which is the most common cause of dementia.

At one point she had to be comforted by her husband and co-host Eamon Holmes, as she explained: “I’m fine but I do get a bit upset when I talk about my dad. It is a massive issue and I’m glad that we are talking more about it.”

Turning her attention towards John Middleton, she praised the actor and concluded: "I would like to say thank you from families because it's not every day that this gets represented well and you have actually done that."

Looking at Ruth, John replied, “That’s the best award I could possibly imagine or ask for, thank you.”