Liam From The Bake Off Is Getting His Own TV Show!

Lovely Liam Charles has just been given this huge TV gig!

Liam Charles was most definitely the golden boy of the tent during the last series of the Great British Bake Off.

The 20-year-old won the hearts of the audience watching at home with his charm, infectious laugh and wholesome bakes inspired by his grandmother. 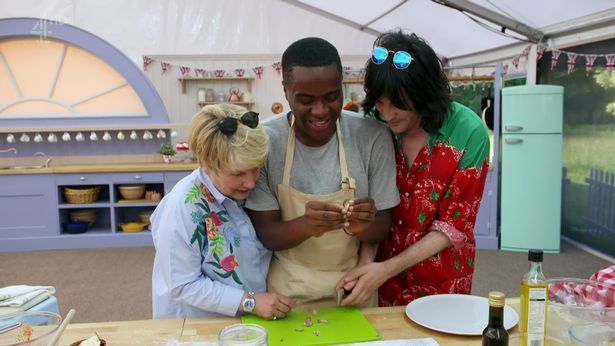 It's no surprise that many thought he was robbed when he only came FIFTH overall on the show with Sophie Faldo winning the baking crown.

But at last Liam is being recognised for the star baker he is and has been offered a gig hosting the new GBBO spin off show, Bake Off: The Professionals.

Read More: Here Are Noel Fielding's Iconic Bake Off Shirts And Where You Can Get Them!

He will front the show alongside comedian Tom Allen as they task professional bakers with challenges to see who is the star baker amongst the pro's.

Well it looks like I am co-hosting the new series of Bake Off: The Professionals with the lovely @LiamcBakes for @Channel4 and I am OVER THE MOON!

This will have a lot higher baking stakes than the original bake off but we know with Liam at the helm it will still be a great watch.

The show will be judged not by Prue Leith and Paul Hollywood but instead by master pastry chefs, Cherish Finden and Benoit Blin.

Talking of his new TV role Liam said: "I'm totally amazed by the skill of professional chefs and to be doing this so soon after Bake Off, is just sick".

Missing the Great British Bake Off? Rewatch these iconic moments...