Does The Final Scene In Grease Mean Sandy Is DEAD? 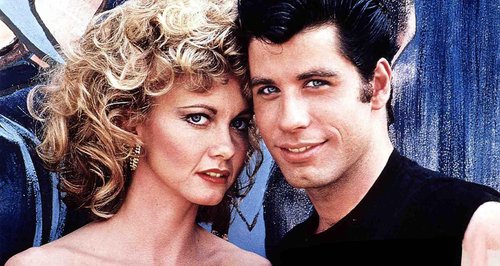 Lets be honest, the ending of Grease is a little bit naff but we never imagined that it would mean THIS!

The famous ending of the 1978 musical Grease is famous for its emotional music and the moment high school sweet hearts Danny and Sandy fly into the sunset in the Greased Lightnin' car.

But recently, a fan theory originally from 2013, has resurfaced and provides some shocking revelations!

Remember in the song, Summer Loving, when Danny sings 'I saved her life, she nearly drowned'? Well the theory is that Sandy did ACTUALLY drown, and at the end of the film she ascends to heaven.

The theory was thought up by Reddit user Atomicbolt and has been doing the rounds on social media and shocking Grease fans ever since!

Read More: Grab Your Circle Skirts And Spray Your 'Do Because Hairspray Is Coming Back!

Apparently, at the start of the film when she 'drowned' 'her brain deprived of oxygen, she had a vivid coma fantasy involving her summer fling Danny, where they shared a magical year of high school together'

When you think about it things do start to add up! For example, the second time they sing Look At Me I'm Sandra Dee, the song ends with Sandy singing 'Goodbye to Sandra Dee' and even in the final scenes waving at the audience.

What do you think - does Grease actually have a sad ending after all?