In the movie, poor George Anderson gets the shock of his life as the CDA (child detection agency) swoop in on a child's sock that's attached itself to his furry exterior.

His scare floor partner Charlie screeches "We've got a 23-19!" - the call to alert when a 'contamination' happens, and George is promptly shaved and showered by the CDA.

But fans think they've sussed a deeper meaning behind the code; the number 23 could signify the 23rd letter in the alphabet, which is 'W'.

This discovery was met with a whole heap of appreciation on social media, with Disney Pixar fans commending the analogy.

Other fans also cottoned on to another idea - that WS could stand for Wazowski and Sullivan - the two surnames of main monsters. 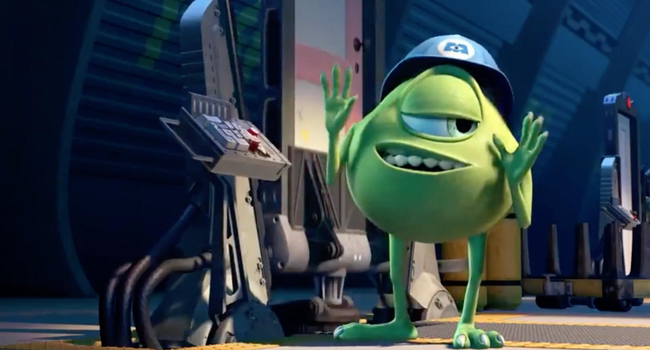 (We definitely prefer the other two theories!)