Paul Hollywood and Prue Leith have returned for the 2018 series of The Great British Bake Off which is set to start this autumn.

Channel 4 have announced the return of the Great British Bake Off with an entertaining new teaser trailer - and it's got fans either laughing or crying.

The video sees a series of cakes and bakes singing along to Christina Aguilera's 2002 hit 'Beautiful', before revealing Paul Hollywood, Prue Leith, Noel Fielding and Sandy Toksvig at the end:

Channel 4 shared the video to their social media pages, with the caption: "Let the baking season commence. The Great British Bake Off. Coming soon."

Fans were quick to share their appreciation of the 'insecure cakes' trailer, with one writing: "How good is this advert!", whist another put: "GBBO has an advert about insecure food crying and honestly I'm shook wtf!" 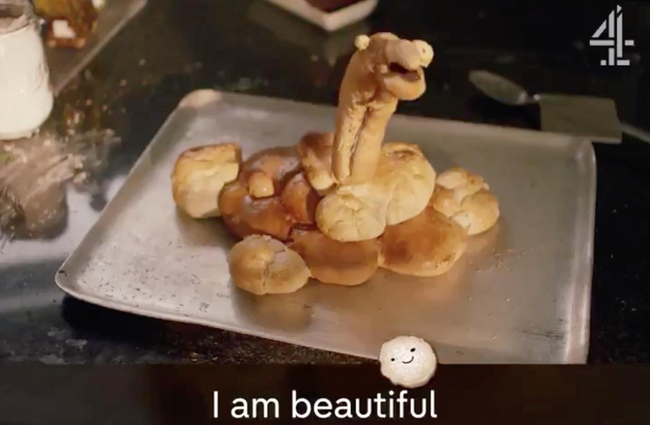 Last year, judge Prue accidentally leaked the winner 12 hours before the final was due to air, after jetting off on holiday and getting confused with time zones.

And it seems that some fans will never forget the biggest spoiler GBBO has ever experienced:

The Great British Bake Off 2018 is set to return this autumn, with an exact air date to be confirmed.