Strictly Come Dancing will be returning to the BBC in 2018 with an all new celebrity line up, professionals and a tour to boot. We've got news of the confirmed celebs taking part as they're announced...

Strictly Come Dancing will be back on our TV screens again soon in 2018 and while there has been plenty of talk about the BBC professionals, and judging line-up, the first of the celebrity line up is being confirmed.

The ballroom dancing show normally kicks at the start of autumn on the BBC with last year's series starting on Saturday 9th September with the first live show broadcasting two weeks later.

Read more: Nadiya Hussain reveals while she said no to Strictly Come Dancing

This year the anticipated start date is Saturday 8th September with the first live show broadcasting a fortnight after on Saturday 23rd September.

Here's everything we know about the confirmed and rumoured Strictly Come Dancing 2018 line up:

Youtube sensation and brother of vlogging Queen Zoella, Joe Sugg is a big name on the internet.

Strictly Come Dancing are yet to have anyone of internet fame take part in the show so this will be first time they open up the dance floor to YouTubers.

He's swapping the Sugg life for the #Strictly life, and YouTube for dancing shoes... Welcome @Joe_Sugg to our 2018 line-up!

You may recognise Faye from the iconic 90s pop band, Steps.

The singer has signed up for this year's Strictly, despite having lots of experience treading the boards in London's West End, not to mention all her dance experience with Steps.

She's got the full support from bandmate Claire, who think's she'll be "amazing".

5, 6, 7, 8... which celeb on #Strictly would be great? Everybody clap your hands, get on up and dance for @fayetozersmith!

Actor Danny John-Jules is the first male celeb to be confirmed for the 2018 series of Strictly.

Danny is best known for his roles as Cat in Red Dwarf and Officer Dwayne Myers in Death in Paradise.

The Cat's out of the bag @dannyjohnjules is going to be having fun, fun, fun on #Strictly this year!

The mum-of-two has confirmed that she will be featuring in the upcoming series of the show.

"The only person I told is my husband through text message and he thought I was joking! I already know how much of an amazing experience it will be for me and I can't wait to show my girls some of my new dance moves.

"I'm nervous to put on my dancing shoes but can't wait to learn a new skill and have the Strictly tan and makeover!"

Thank you for all your lovely messages. I’m super excited but very nervous about being a contestant on this years @bbcstrictly it’s going to be a challenge but everyone who knows me knows I love a challenge so here goes... a new chapter in my life! #strictly2018 #bbcbreakfast 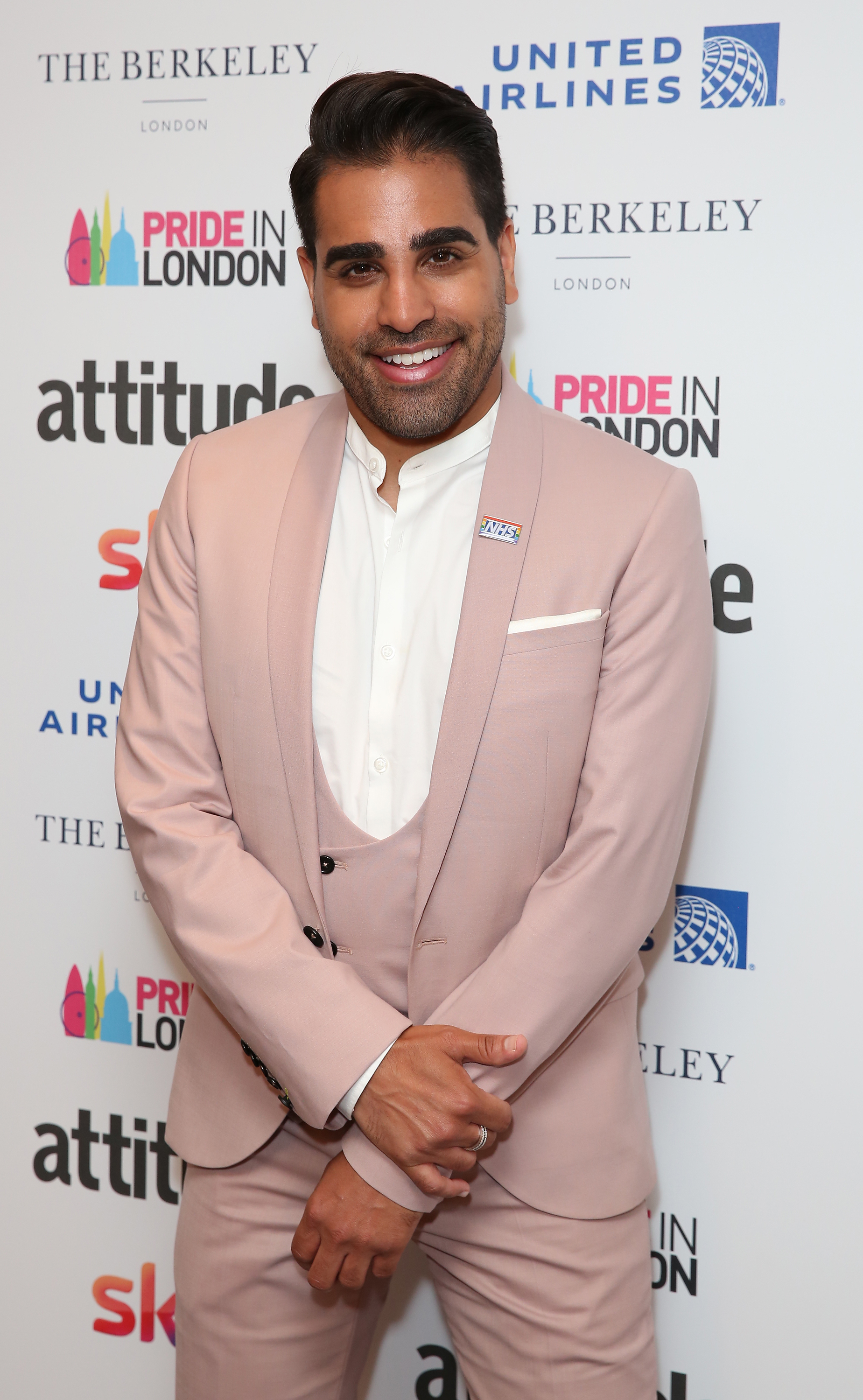 The This Morning doctor is rumoured to be swapping is stethoscope for his dancing shoes!

He is incredibly popular with This Morning fans and could be a great signing for Strictly which is apparently currently struggling to recruit big names for this year's series. 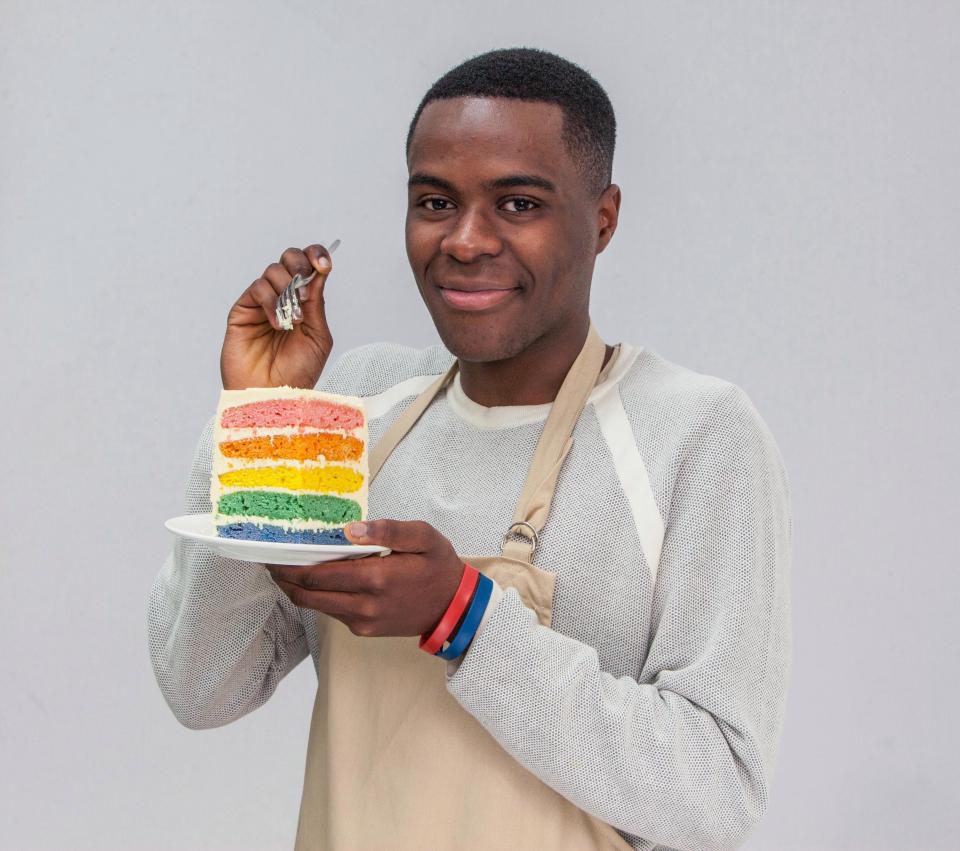 The Great British Bake Off favourite has been hotly tipped to hang up his apron and get his sequinned apron on for this years series.

When Radio Times confronted him about the rumours he said: "That would be sick"

“My mum and my nan love that show, that would be hilarious". 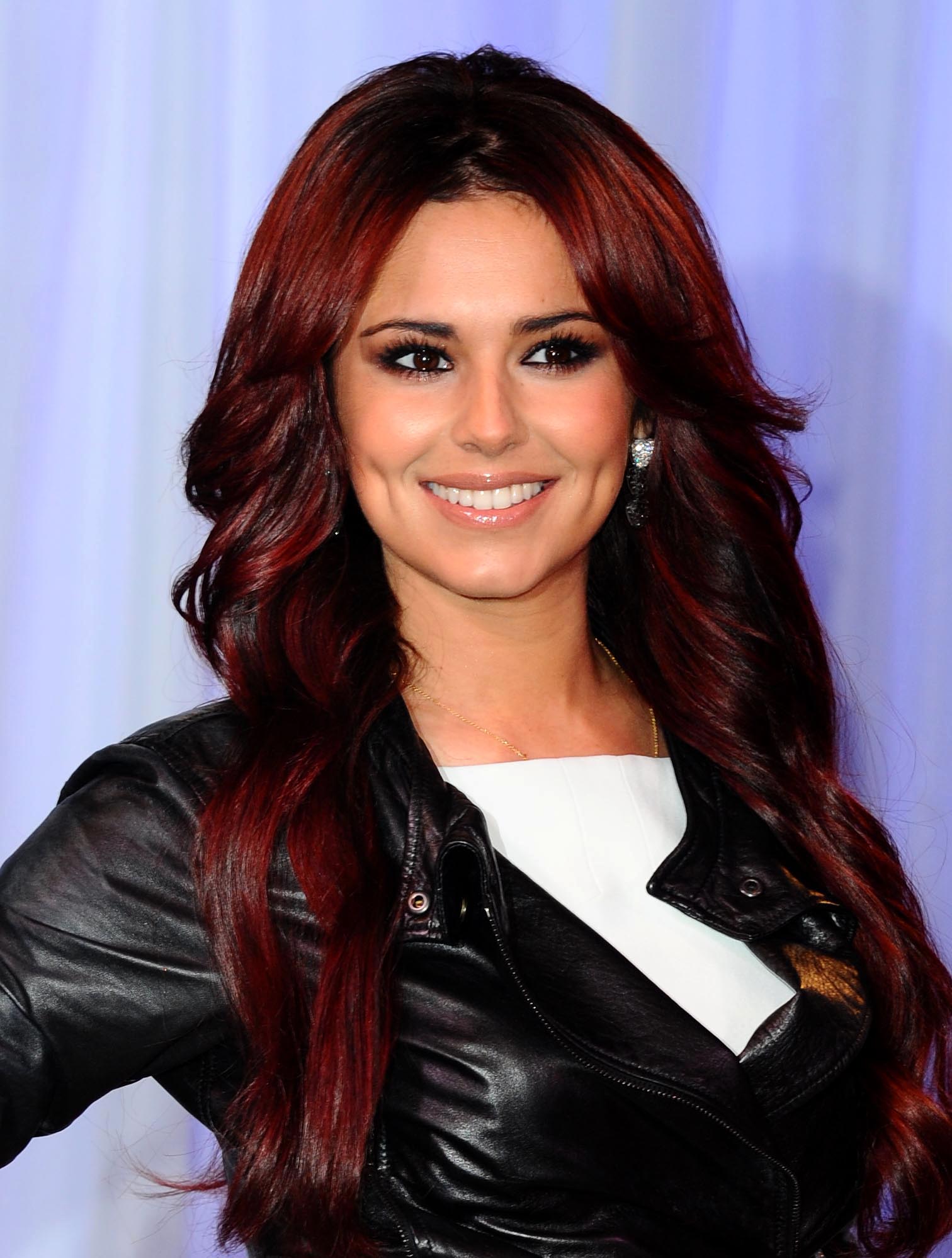 After her high profile split from Liam Payne this year fans have been speculating what could come next for Cheryl - but is Strictly the answer?

Well she has the backing of head judge Shirley Ballas who told the Radio Times: ‘I think Cheryl would be amazing.’

Cheryl is yet to deny or confirm the rumours, but it's said that she has signed up to be a judge on Simon Cowell's new dance programme which will likely clash with the rival BBC show. 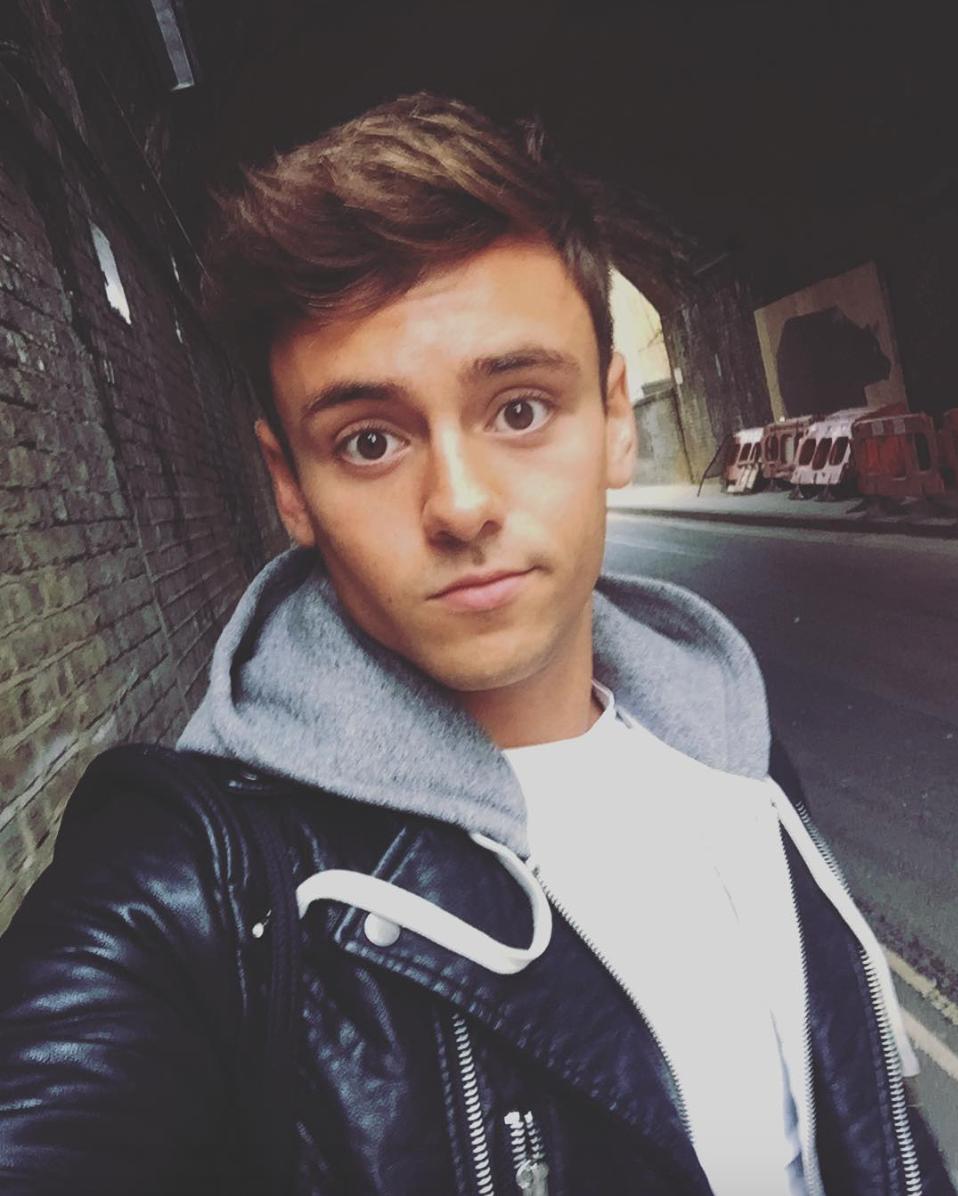 The Olympic diver has just become a dad...but is he good at dad dancing yet?

He is notoriously a big fan of Strictly and cheered on his fellow Team GB colleague Louis Smith during his stint on the show back in 2012.

The former Corrie actor revealed on Sunday Brunch that he has been approached before to take part in the show but couldn't.

He said: “When I was doing Coronation Street I was approached but we weren’t allowed to do it, we had a policy. I wouldn’t mind doing it, I always like a challenge.” 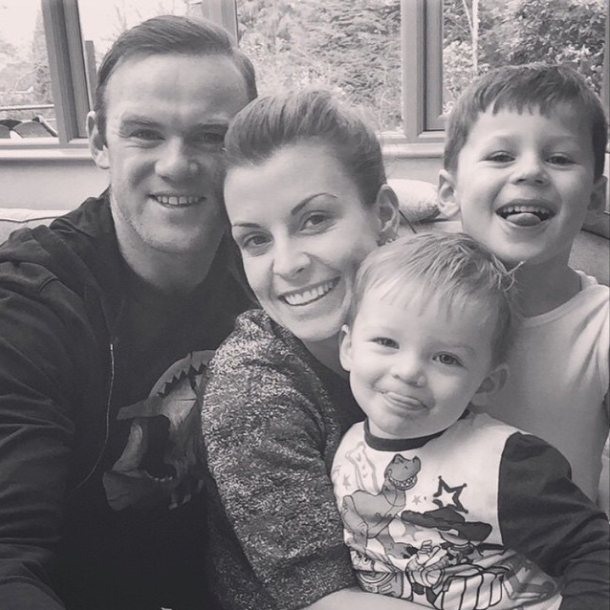 The WAG of former England player Wayne Rooney was supposedly meant to take part in last year's series of Strictly but couldn't as she fell pregnant with her fourth child.

According to The Mirror, Strictly bosses are already in talks to try and bag her this year. 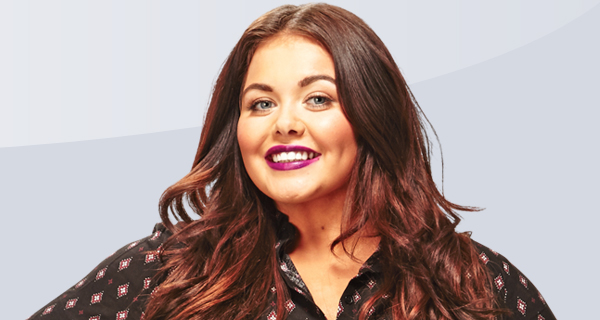 Fans of the Geordie beauty have sparked rumours recently that she could be tipped for Strictly after the 28 year old tweeted how much she missed dancing.

She's been vocal in the past about her ballroom dancing experience so she'll be a perfect fit for Strictly Come Dancing! 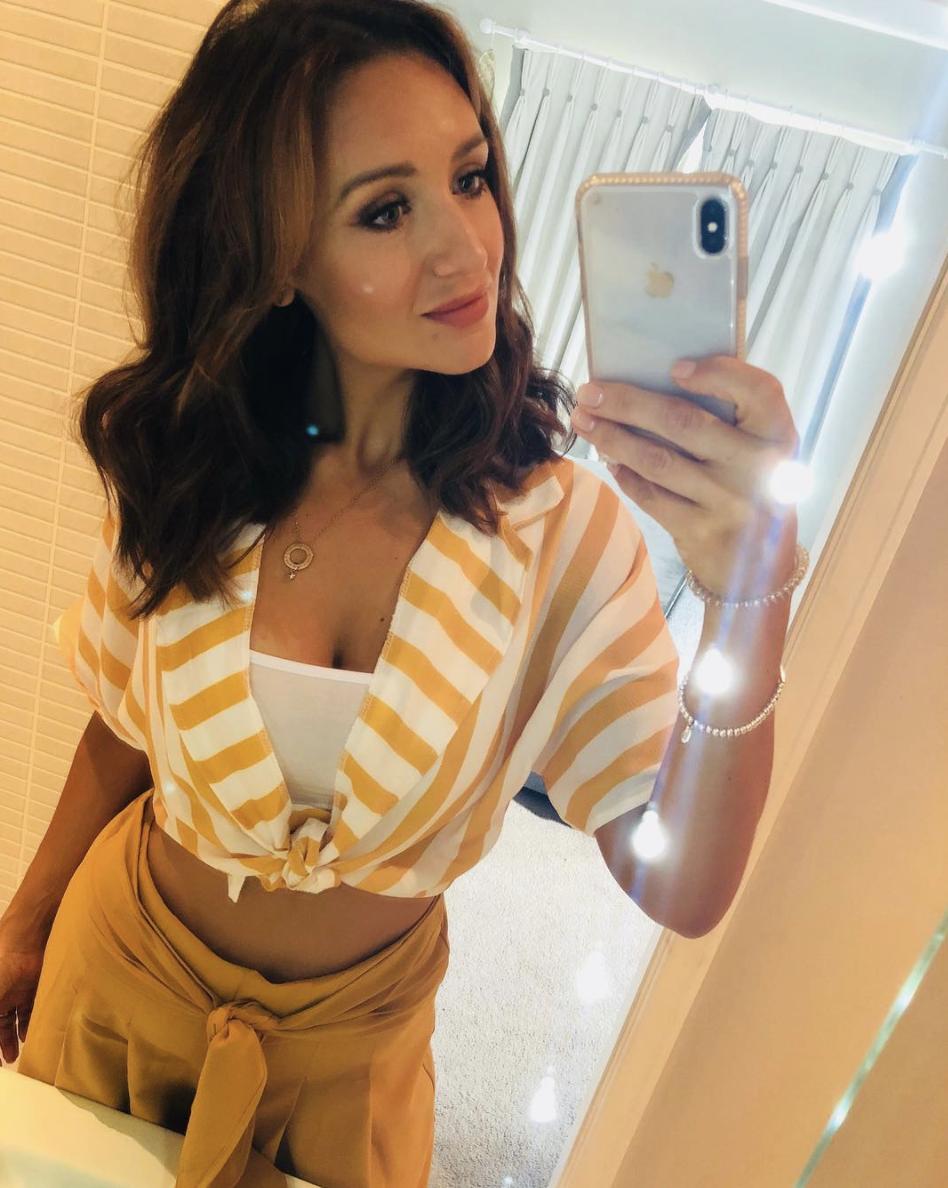 The ex-Corrie star is a rumoured contestant to be taking to the Strictly ballroom this year.

Speaking to OK! magazine she said: "I don't watch much reality TV but the one show I do watch is Strictly Come Dancing. I adore it. That's the only one I would possibly do."

However, in August, Catherine addressed the rumours, tweeting: "Guys - I'm not doing @bbcstrictly - I ADORE the show. And maybe one day! But to put an end to constant rumours - I'm not involved this year. But as always can't wait to watch it!! My total fave!!"

We'll be keeping this page updated as more rumours emerge and official contestants are confirmed!