WATCH: The Chase players take home the highest ever win with £100,000 prize

Viewers were left shocked as the players took home £100,000 as the quiz show resumed its 12th series on ITV.

Four players, Diane, Luca, Tim and Gayna, each bagged a whopping £25,000 share after beating Chaser Anne ‘The Governess’ Hegerty, making it the largest win in The Chase history.

In the final chase the team had 21 steps on the board. Throughout the tense game, there were nine opportunities to push back, of which the team executed four, and the time eventually ran out with Chaser Anne at 14 steps.

Read more: The Governess looks very glam when she's not on The Chase 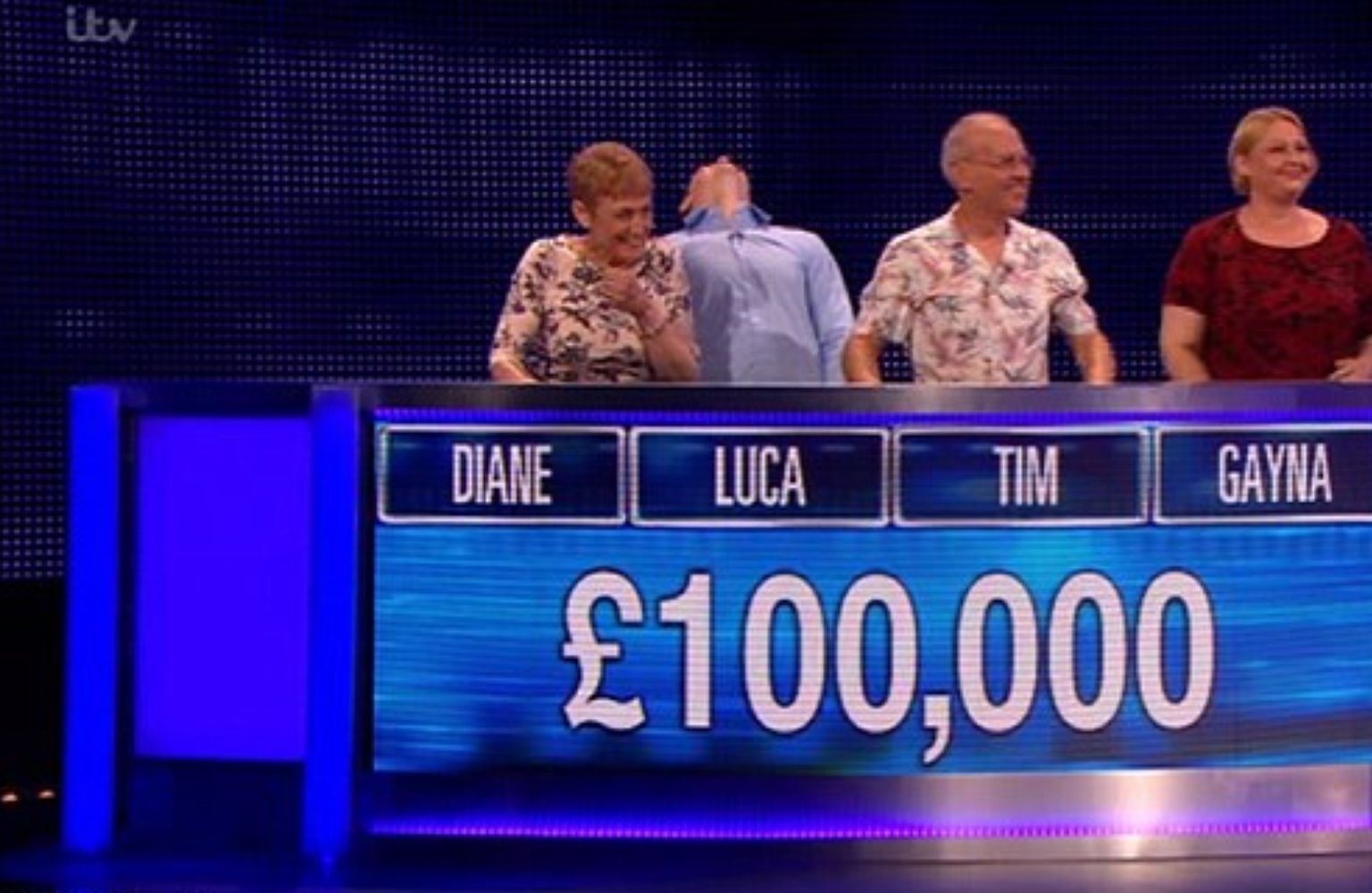 Speaking of their win, Gayna said she would be treating herself to a ‘wing walk’ experience while Diane plans to whisk her family away on a holiday.

Meanwhile, Tim is going to buy a motorhome while medical student Luca pledged to buy two takeaways a week until he graduated - including one from The Ritz.

The Chaser Anne, was surprisingly positive about the team’s win, as she said: “I hope The Ritz does do takeaways because you deserve it – you all do. Very, very well played. I didn’t expect to win that one to be honest. Very good indeed.”

Host, Bradley Walsh, added: “What a show! I’m thrilled for the team. They go home with £25k each. It just shows you, it can be done!”